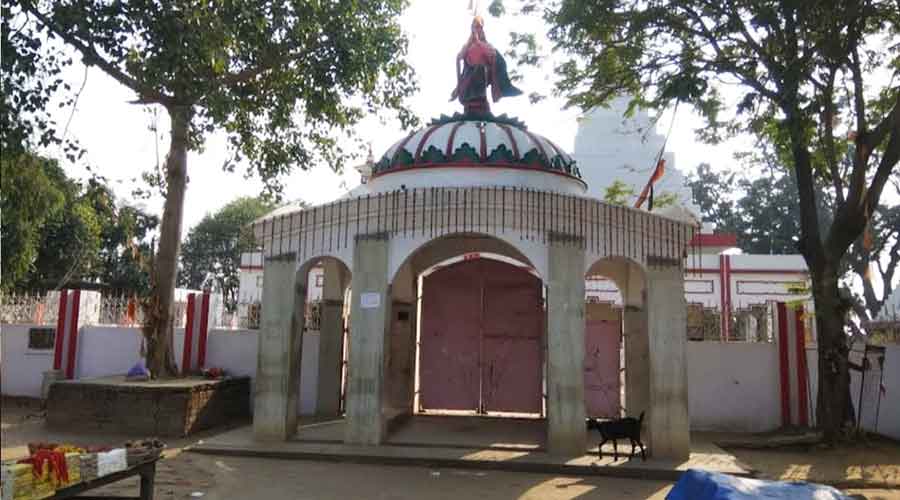 Unidentified individuals broke into the inner sanctum of the 500-year-old Bhagawan Narsingha temple situated in Khapariawan village on Saturday early morning stealing more than Rs.50,000 from the donation box.

Secretary of the temple committee Ajay Mishra told The Telegraph Online that he received a call from the head priest Upendra Mishra who informed him about the theft.

“I went to the temple immediately with the treasurer Anurag Mishra and Vikas Mishra,” he said.

Ajay said the thieves had snapped the wires of the CCTV cameras before entering the sanctum sanctorum. Even hexo blades were used to cut the locks of the door.

A temple committee member on condition of anonymity said the temple’s donation box was not opened for more than two years. He said the thieves appeared to have information on the donation box and CCTV cameras. The member said the other committee members and officials were denying the large amount of money stolen from the box.

An FIR has been lodged by Ajay Mishra.

Police officials have not ruled out the involvement of locals in the robbery.

“We have started our investigation and soon the thieves will be caught,” said a police officer.

The Narsingha Sthan temple is a popular destination for locals as well as those coming from other states too. The temple was built by a local priest Damodar Mishra who had gone to Bhusundi Hill in Nepal and brought back the blackstone idol from there.

The ancient dilapidated temple was rebuilt on December 25, 1990, at the initiative of former Barkatha MLA Lambodar Pathak who was also a devotee and a frequent visitor at the shrine.

Every year during Kartik Purima, devotees throng this temple and visit the mela which is popular for sugarcane.