Going by his injuries, police believe, he was hit by a sharp weapon 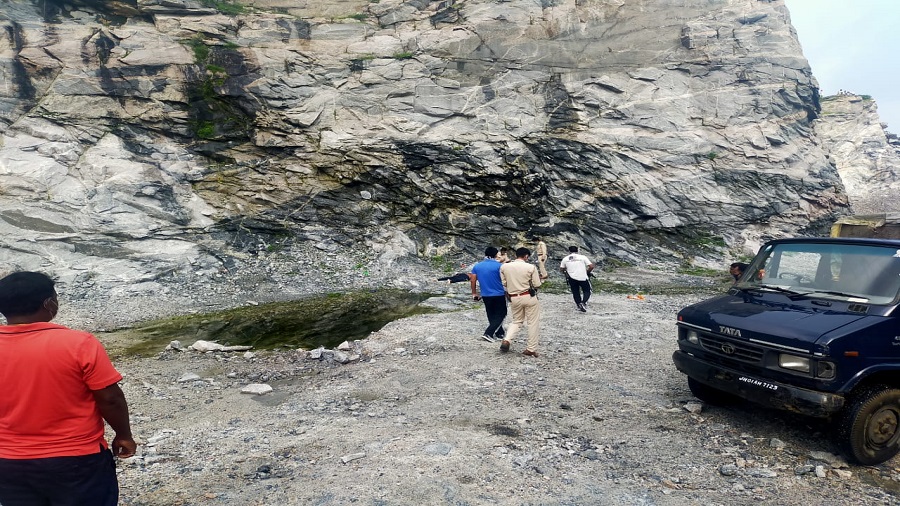 The stone quarry on the outskirts of Ranchi, where an ASI was found dead on Friday morning
Sourced by the Telegraph
Our Correspondent   |   Ranchi   |   Published 31.07.20, 09:03 PM

In a shocking incident, 50-year-old assistant sub-inspector (ASI) Kameshwar Ravidas was found dead early morning on Friday at a stone quarrying site, barely 200m away from Tupudana police station in the outskirts of the Capital.

As soon as the news trickled in around 8am, senior SP SK Jha, and city SP Sourabh, among other officials rushed to the spot to take stock of the situation and begin the probe. Forensic team and dog squad were also pressed into action. However, till the time of filing this story, police was yet to zero-in on the culprits.

Speaking to reporters briefly, city SP Saurabh said, “Some people were detained for questioning. There are several unanswered questions. The case will be cracked soon.”

Ravidas was part of the team posted at Ranchi Institute of Medical Sciences (RIMS) paying ward where incarcerated RJD chief and former Bihar CM Lalu Prasad, after being convicted in the fodder scam, is also undergoing treatment. Police, however, said that Ravidas wasn’t directly engaged in Lalu’s security.

Police suspect that unidentified criminals may have killed the ASI around midnight and dumped the body at the stone mining site. “We are further trying to find out where he was on Thursday based on his phone location,” said a cop of Tupudana police station, adding that prima-facie going by the injuries on his head and other parts of the body, looks like he was hit by some sharp weapon.