Rain, lightning and thunderstorm in Jharkhand

Impact of a cyclonic circulation coupled with a trough 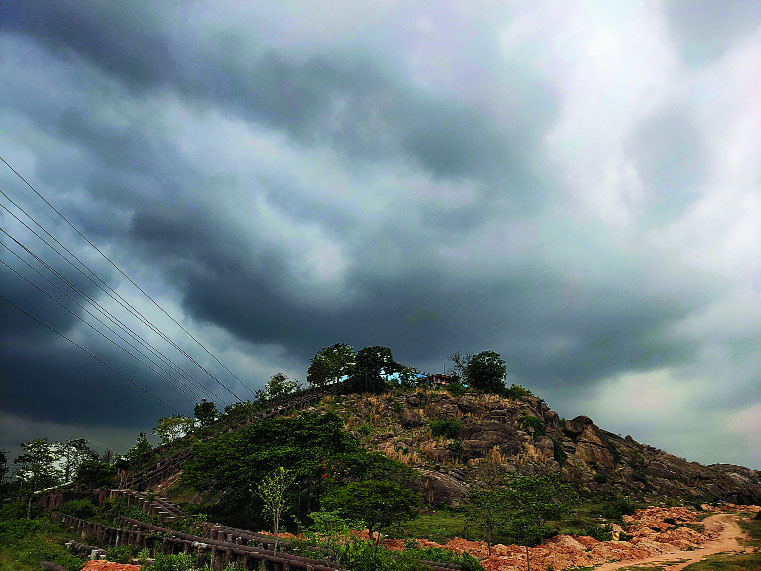 Several places across the state including Jamshedpur and Chaibasa in West Singhbhum witnessed thunderstorm, lightning and rain on Tuesday morning due to the impact of a cyclonic circulation coupled with a trough. Satellite pictures indicated a cyclonic circulation over southeast Madhya Pradesh and neighbouring areas extending up to 900m above mean sea level. A trough from Bihar to south Tamil Nadu across the cyclonic circulation over southeast Madhya Pradesh was extending up to 1.5km above mean sea level. The Ranchi Meteorological Centre had issued frequent nowcasts (short-term forecasts) on Tuesday afternoon indicating moderate thunderstorm activity and showers in several places including Ranchi, Jamshedpur, Bokaro, Dhanbad, Hazaribagh, Garhwa, Chatra and Palamau. A squall alert with wind speed of over 50kmph was also issued for isolated pockets of Jharkhand during the next 24 hours. Ghatshila experienced 2mm of rain while the local weather office in Jamshedpur recorded 1mm. The steel city along with several other places in southern and central Jharkhand witnessed sudden strong winds at a speed of 30kmph. According to Ranchi Met Centre director SD Kotal, light rain or thunderstorm is expected in isolated pockets, specially in central, north-eastern and southern Jharkhand, till Monday. A senior weather analyst at the Patna Met Centre said the cyclonic circulation over Madhya Pradesh was resulting in heavy moisture incursion into the atmosphere from the Bay of Bengal, which resulted in rise in humidity level in most parts of Jharkhand.