Police deployed special branch personnel and others on Kanke Road on Saturday, 24 hours after two men on a bike snatched the service revolver of a policeman on duty in the VIP area 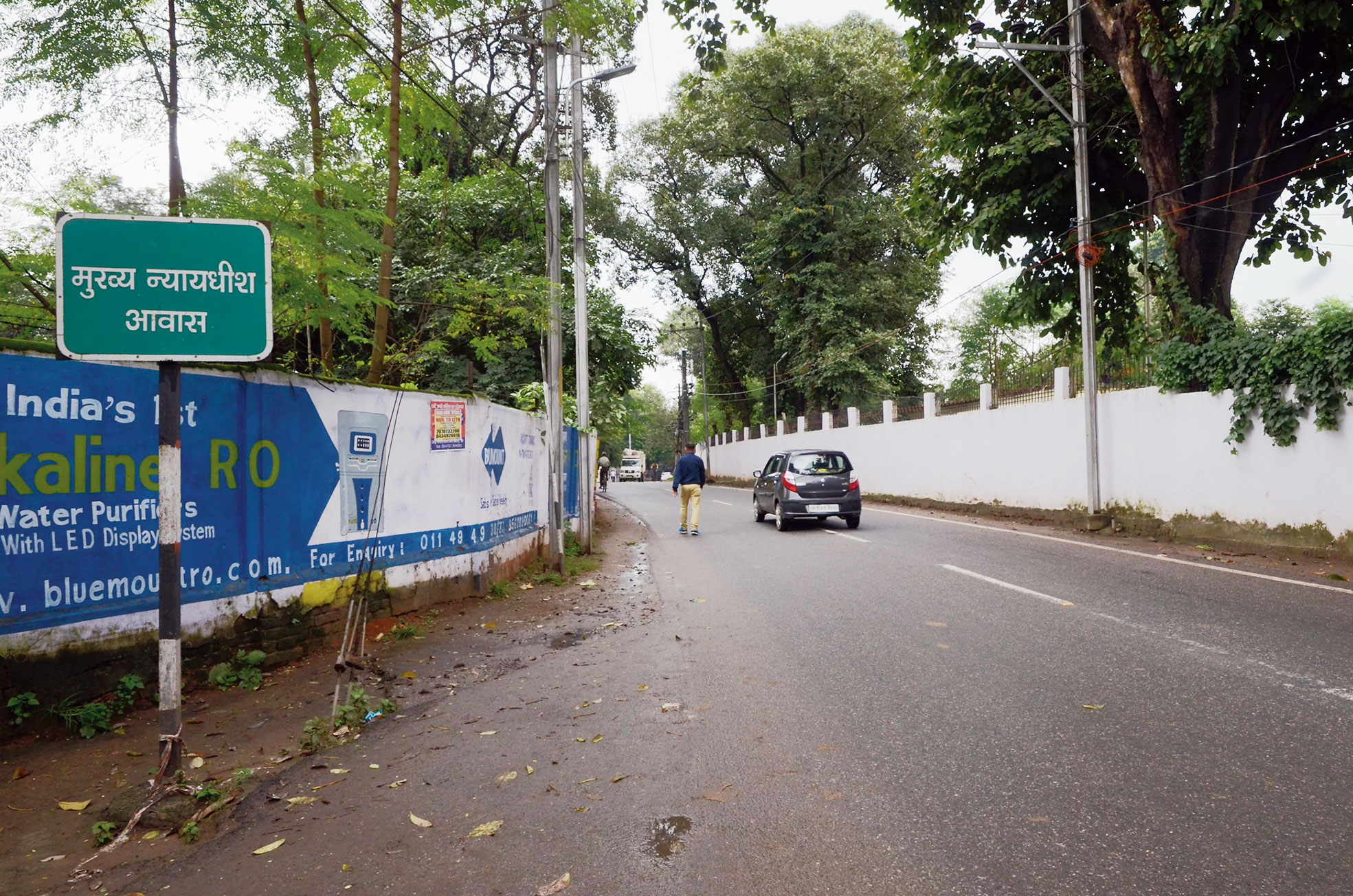 The spot where the bikers had snatched the service revolver of a policeman in Ranchi on Friday
The Telegraph
Our Correspondent   |   Ranchi   |   Published 22.09.18, 07:08 PM

Police deployed special branch personnel and others on Kanke Road on Saturday, 24 hours after two men on a bike snatched the service revolver of a policeman on duty in the VIP area, but have not been able to ascertain the identity of the duo suspected to be from Hatma locality.

On Friday night, police launched raids in the Hatma locality but could not zero in on the suspects even though there is CCTV footage of the crime.

“CCTV footage of the area has been analysed. While we have recovered the weapon (they had thrown it away while fleeing), the faces of the duo are unclear in the footage. They were riding a new bike without a number plate. I have ordered a proper inquiry into the matter,” said Ranchi SSP Anish Gupta.

Police sources have, however, told The Telegraph that the duo on the bike were likely to be college students who may be staying at a lodge.

“Inputs are not specific, but there is a strong possibility that the accused are college students. They fled towards Morabadi after throwing away the weapon. We are trying to enhance the quality of CCTV footage to see some sort of a workable print. Besides, sketch artists will also be used,” a policeman associated with the probe said.

Security in the Kanke Road locality has been beefed up. Plainclothes police personnel, along with those of the special branch, besides armed forces, have been deployed along the stretch starting from Kanke Road up to Morabadi.

No FIR has been lodged as yet. Gonda police station OC Sapan Kumar Mahatha said an FIR would be registered Saturday evening although he not spell out the reasons behind the delay in lodging an FIR about a grave security breach near the residence of Jharkhand Chief Justice Aniruddha Bose that too days before the scheduled visit of the Prime Minister.