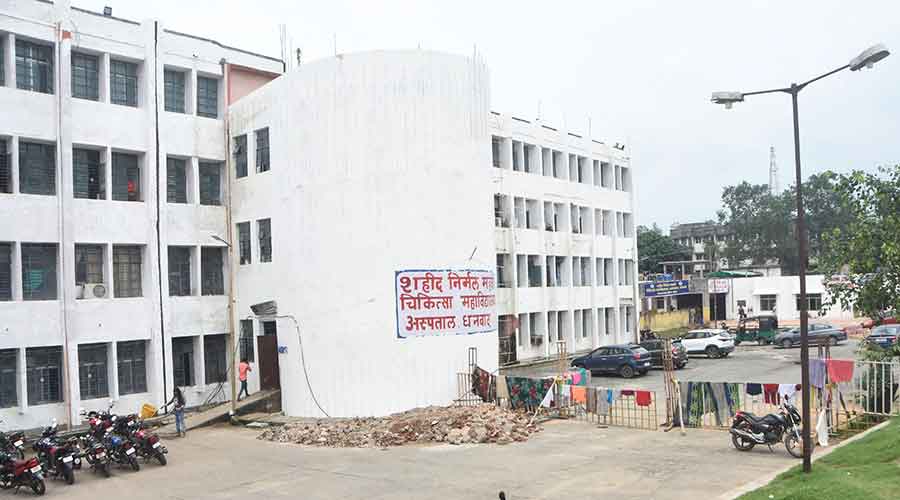 A 25-year-old mentally challenged woman admitted at Sahid Nirmal Mahto Medical College and Hospital since June 26 was allegedly raped by an ambulance driver on Sunday night.

The incident has put a question mark over the security of common persons at the hospital, which serves to address the medical care needs of patients of several adjoining districts like Giridih, Jamtara, Godda, Sahebganj, Pakur, Dumka, Ramgarh, Bokaro etc besides Dhanbad.

The incident came to light at around 11.30 pm on Sunday when some other patients of the female ward informed the hospital management about the missing woman after which a search was launched in the hospital.

They informed the police that an ambulance driver, Sanjay Das, had come to  the ward along with a friend and took her out on the pretext of enquiring something from her.

The woman was finally recovered at around 11.45 pm when the hospital staff and other patients sighted her loitering in the hospital campus. They also caught a local tea stall owner suspecting his role in the rape of the woman.

The police however left the tea stall owner after preliminary enquiry and launched a search for the accused ambulance driver Sanjay Kumar Das.

The woman was admitted to the hospital by unidentified persons on June 26 and had mentioned the wrong address in the hospital register.

Arun Kumar Chaudhay, Superintendent of SNMMCH said, “We came to know about the incident last night from some patients and the hospital administration has launched the search in the hospital after which the woman was found.”

“We have informed the police about the incident and at the same time enquiring from our staff, how the woman went out of the medicine ward,” said Chaudhary.

Dhanbad MLA, Raj Sinha said, “The incident is a blatant example of  deteriorating law and order situation in the state where even patients are not safe in the hospital.”

He said that there is no provision for checking the credentials of anyone in the hospital before entry on the campus and hundreds of tea, snacks stalls have mushroomed on the campus while auto drivers and other people can be spotted loitering in the campus aimlessly.

“There should have been provision for keeping the records of every visitor in  the hospital to avoid such incidents,” said the MLA.

Contacted, officer in-charge of Saraidhela Police station, said ‘Though we have questioned a tea stall owner in connection with the incident but have not received any formal complaint in this regard and the medical examination of the victim would be conducted only after receiving the formal complaint.”