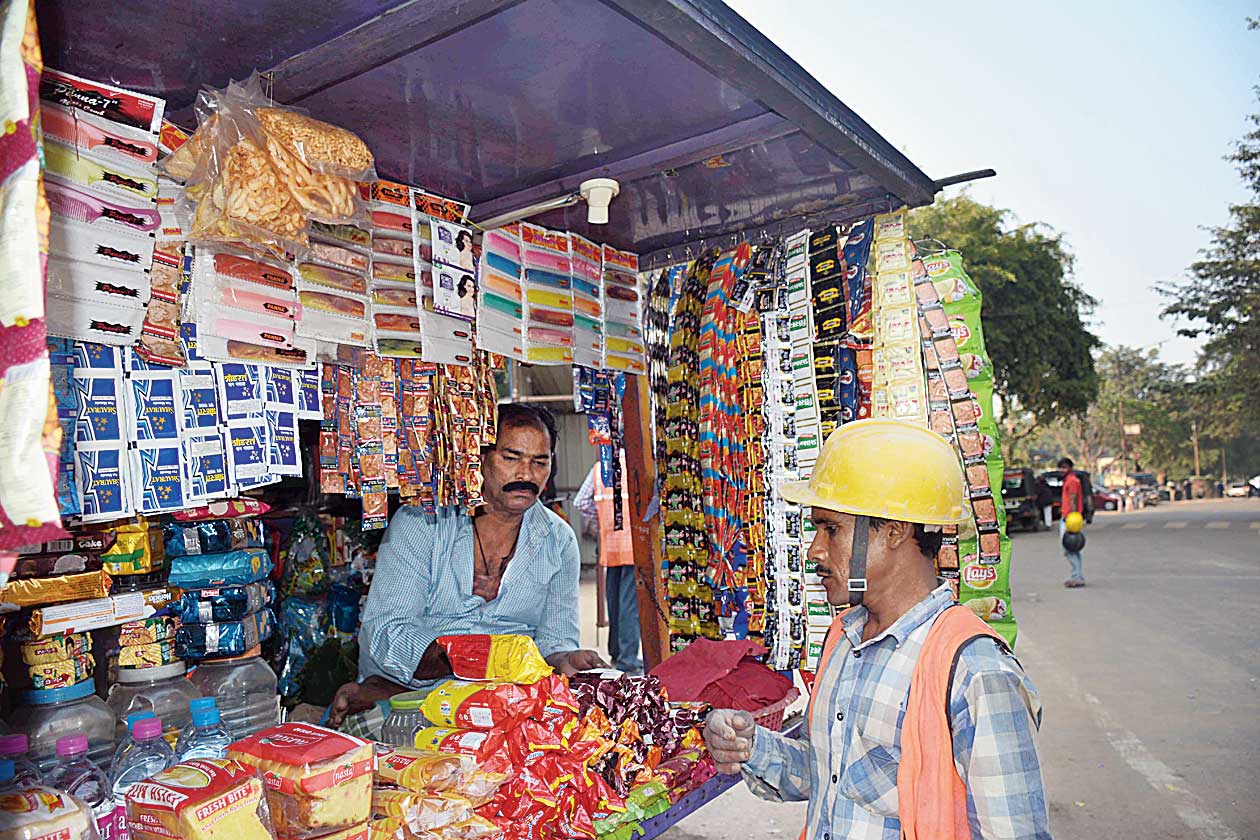 Directives are meant to be flouted. And in Jharkhand, always.

The latest case in point is the December 18 order of state health secretary Nitin Madan Kulkarni to impose a blanket ban on the sale, manufacture, storage and transport of chewing tobacco mixed with food or food additives.

“All the officers concerned are directed to ensure that there is no manufacture, sale, storage and transport of chewing tobacco mixed with food or food additives in strict compliance with clauses 2, 3, 4 of the Food Safety and Standards (Prohibition and Restriction on Sales) Regulation, 2011, in Jharkhand,” the order states.

Offenders will have to pay a fine of up to Rs 5 lakh or face imprisonment up to six years.

However, the ground situation in Ranchi and Jamshedpur exposes the callousness on the part of the administration in executing the directive.

“Zarda (chewing tobacco) mixed with gutkha (tobacco-laced areca nut pieces) are sold by vendors close to the boundary of Tata Main Hospital and Meherbai Tata Memorial Hospital,” said Kaushal Singh, a Sonari-based businessman. Such open violations of the order was spotted across the steel city.

“We will see the administration waking up all of a sudden and conduct raids for 3-4 days and then go silent for months. There has to be a sustained drive to instil fear and awareness against the sale of such products,” state tobacco control cell member Deepak Mishra, said.

Mishra is also the executive director of Socio-Economic and Educational Development Society that helps in enforcing Cigarettes and Other Tobacco Products Acts (COTPA), 2003 in Jharkhand.

“We had conducted raids against the sale of tobacco products near schools and educational institutes. We will soon start raids again to enforce the new directive,” Usha said.

“I will ask the nodal officer to take action in line with the new directive,” he said.

State health secretary Kulkarni said he would take up the issue with the respective DCs. “I will write to the concerned DCs to ensure effective compliance of the order at the earliest,” he said.

According to Global Adult Tobacco Survey, the country has the highest prevalence of oral cancer in the world, with 75,000-80,000 new cases being reported annually.