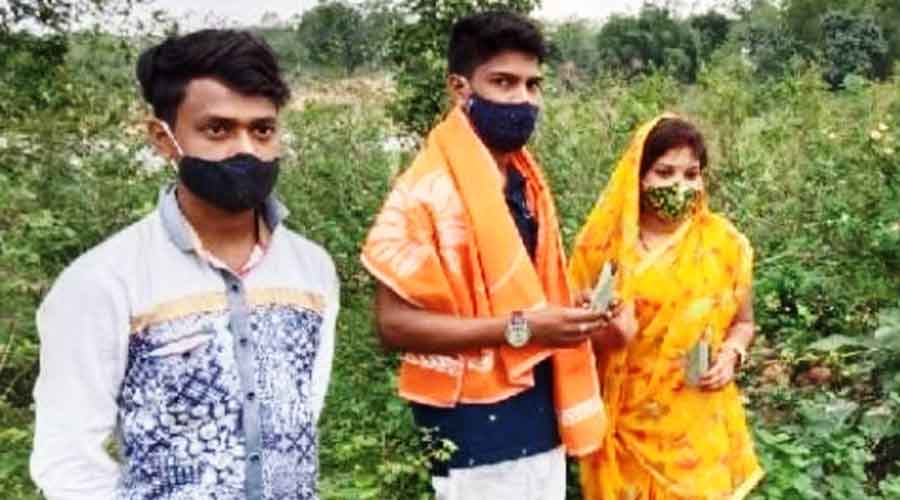 On the occasion of World Environment Day, Deputy Commissioner Rajesh Singh made an appeal to people to plant saplings on all occasions whether big or small.

“Whether it’s a birthday of your children or wedding or marriage anniversary or any other occasion, make it memorable by planting saplings. Plantation should be done on all occasions. Every person must plant at least one sapling in his lifetime,” said Singh.

The DC’s words have resonated with residents in Jamunia village situated under Nawadih Block at a distance of about 60km from district.

Newly married couples begin their first-day after marriage by planting saplings. This is a new culture growing popular especially among youths.

In the past 15 days, three couples have planted sapling and taken a vow to protect trees. The practice began during the Covid pandemic, after villagers realised the importance of trees in their life, seeing people struggling for oxygen across the country. They decided to plant and protect trees as it is only natural oxygen producer.

The villagers have decided to plant saplings during festivals and special occasions. Forest department officials have lauded their efforts.

On May 24, Kosurendra Hembram with his wife Jhunia Soren planted a Sakhua plant.
Dozens of youths of Jamunapania village, under the leadership of local Manjhi Haram (religious guru) Phoolchand Kisku, Nayake Haram and Pranik Daso Kisku, have been trying to protect water, forest and land for a long time.

The village has not reported any Covid cases. Apart from the tribals, villagers from other communities have also welcomed this tradition.

“Save trees and save forest to protect environment. And also plant sapling. These trees give us life and oxygen, shade and everything which humans require for survival,” said Manjhi.

“We live close to nature, thus have good immunity and have fresh air enriched with oxygen produced from the trees in forest here,” said Kisku.

The people here have taken up the task of protecting the environment by increasing the greenery of the local forest. Under this, the youth started the tradition that newly married couples should start their married life by planting saplings.