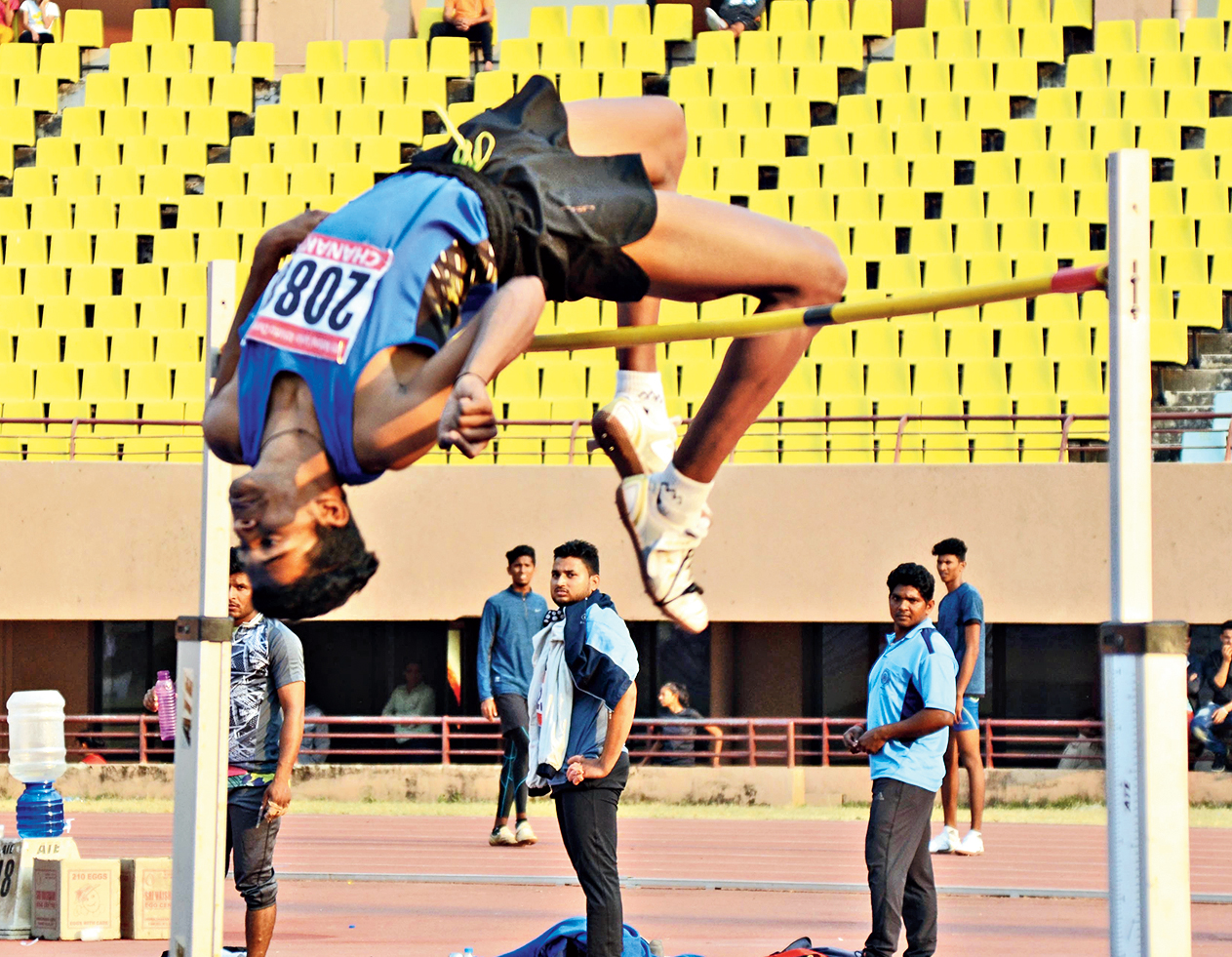 Amit shattered the national record in the Under-18 boys’ five-km racewalk by striking gold in 21:17:63 seconds. The Haryana lad set aside the national record (21:55:60 seconds) standing in the name of Punjab’s Daljeet Singh in the junior meet at Muzaffarpur in 1990. Amit beat Sachin Singh Bohra of Uttarakhand (21:56:79 seconds) and Delhi’s Manish Kumar (22:00:19 seconds).

Jharkhand athletes, who drew a blank on the third day, had something to cheer, however. Shobit Kumar qualified for the finals of the boys’ Under-16 600-metre run. In the heats, Hussain Talib of Chhattisgarh came first while Maharashtra’s Ashok Ronak finished second.