Besides fire tenders, an earthmover was pressed into service to bring the blaze under control 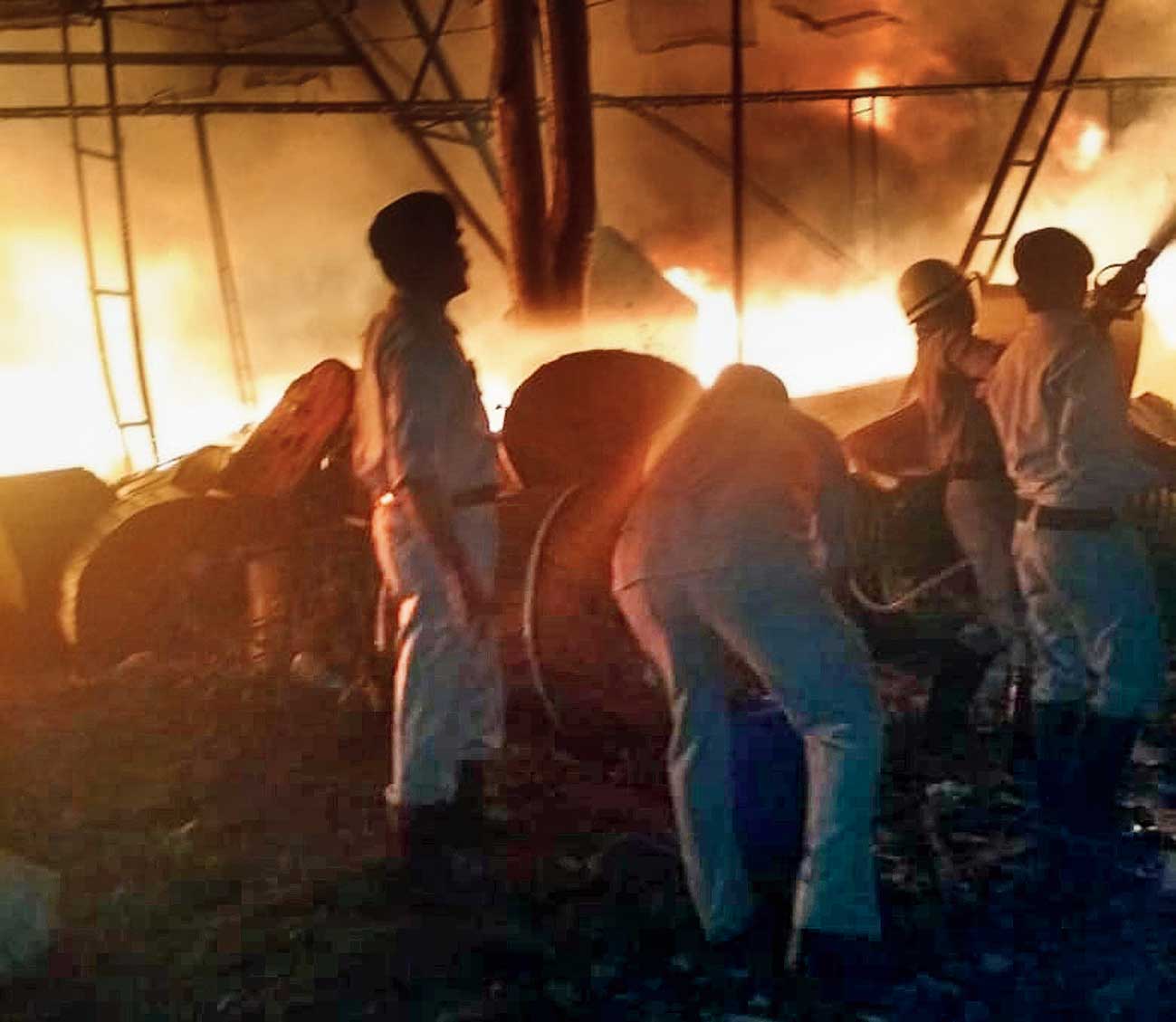 Firemen try to douse the flames at the BSNL mobile tower near Ormanjhi, Ranchi, on Saturday.
Picture by Manob Chowdhary
Our Correspondent   |   Ranchi   |   Published 23.03.19, 07:06 PM

Optical fibre cables worth lakhs were gutted in a fire that broke out in a transformer and spread to a BSNL mobile tower near Ormanjhi market, about 20km from the city, on Saturday.

“Following the fire, power supply was snapped in the area. We had to spend the entire night without electricity,” a resident said.

Officer in-charge of Ormanjhi police station Shyam Kishore Mahto said besides fire tenders, an earthmover was pressed into service to bring the blaze under control.

“Fire tenders were finding it difficult to contain the fire that had spread to the optical fibre cables. Therefore, the earthmover was engaged. It scooped up soil and dumped it on the burning cables kept in open space around the tower. No one sustained injury in the incident, but the mobile tower and its cables were gutted,” Mahto said.

However, he could not specify the reason behind the fire. “State fire officer Sudhir Kumar could not tell me anything. We are trying to find the reason,” Mahto said.

The Ormanjhi OC said a patrol party was the first to spot the fire and immediately swung into action. “The patrol team alerted the security guard deputed near the tower. Initially, attempts were made to douse the flames with water procured from a nearby tube well. When it failed to put out the flames, the fire tenders were called. Five fire tenders came from Ranchi and three from Ramgarh,” Mahto added.

Chief general manager of BSNL K.K. Thakur couldn’t specify the reason behind the incident. “I am currently in Hyderabad for some official work. General manager (Ranchi) Arvind Prasad is probing the matter,” Thakur said.

GM (Ranchi) Prasad said short circuit might be the reason. “Though it is difficult to give any conclusive statement, I suspect that the fire was triggered by a short circuit in a transformer near tower,” he said, adding that mobile services were not affected by the fire.