Marching orders for vendors to free up Sakchi market

Footpath sellers asked to set up shop at Ambagan Ground 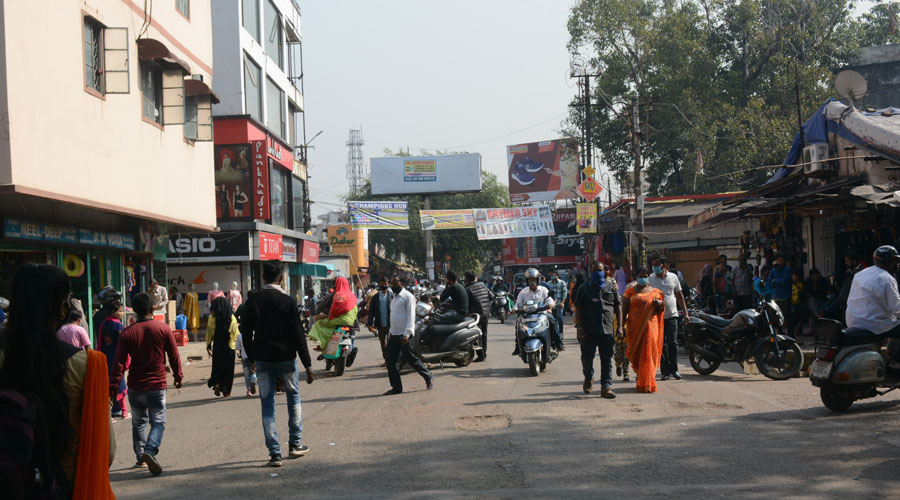 Jamshedpur Notified Area Committee (JNAC) banned vendors from footpaths at Sakchi market on Thursday and asked them to set up shop at near-by Ambagan ground.

The move, said sources in the urban civic body, was initiated to make it more convenient for shoppers to move around in the congested market area and to reduce the threat of transmission of the coronavirus.

Around 200 footpath vendors, who have been selling various products at the Sakchi market for several decades, have now been told to move to Ambagan ground renamed as Netaji Subhas Maidan.

On Wednesday, the district administration had carried out an eviction drive at Sakchi market, dismantling makeshift shops and seizing commodities sold by footpath vendors. 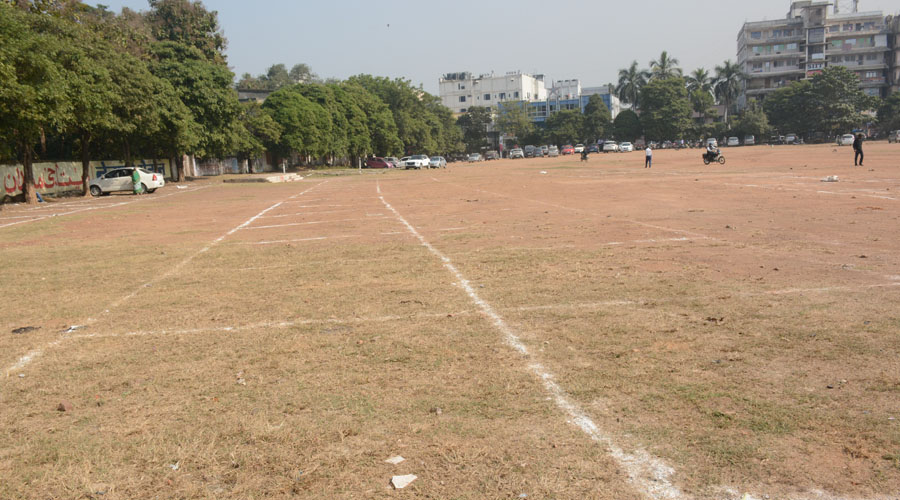 Markings made for vendors to be relocated at Ambagan Ground in Sakchi in Jamshedpur on Thursday.
Pic by Bhola Prasad

Vendors on footpaths add to the risk of transmission of the virus, said JNAC city manager Ravi Bharti. “Vendors attract a large number of customers. People come to buy daily-use products from them. Most fail to follow social distancing norms,” he noted.

The JNAC official said Mangla Haat, the weekly market of vendors held every Tuesday at Sakchi, would also be suspended.

Singhbhum Chamber of Commerce and Industry (SCCI) has appealed to footpath vendors to conduct business at the Ambagan ground. "This will help in avoiding crowds at the Sakchi market which is already congested," said Bharat Vasani, the SCCI vice-president.