MGM to give second opinion on autopsy 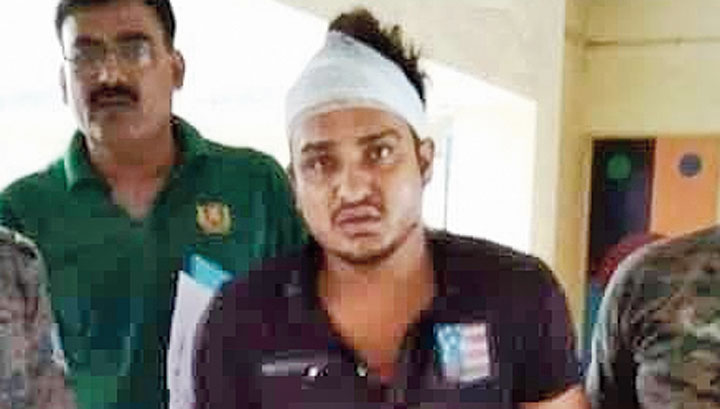 One more accused in the June Tabrez Ansari lynching case surrendered before police on Saturday, taking the total number of arrests to 12.

Atul Mahali, 28, a resident of Dhatkidih village in Seraikela, had absconded after his name figured in the case registered on June 18. Rumoured to have stolen a bike with two other youths, Tabrez, 24, was allegedly asked to chant Jai Shri Ram and beaten up in Dhatkidih around 1pm on June 18, but died four days later on June 22 in hospital.

On the surrender, Seraikela-Kharsawan superintendent of police Karthik S. said they had submitted a chargesheet in connection with the case against 11 accused on July 23, and would now include Mahali’s name in a supplementary chargesheet.

“We have maintained it to be a case of lynching and the chargesheet has been filed accordingly. We have material evidence to support our stand. We are trying to put the case on the fast-track so that conviction of the accused is done at the earliest,” the SP said.

The SP’s words assume significance at a time the autopsy report of Tabrez, prepared by Seraikela Sadar Hospital, had named cardiac arrest as the cause of death.

Karthik pointed out that they were getting a second opinion on Tabrez’s autopsy from MGM Medical College’s forensic and toxicology department. “We had delayed a bit in sending the autopsy report to MGM for a second opinion, but expect the report within a week,” Karthik said.

MGM Medical College principal Dr A.C Akhauri said: “We are still carrying out the analysis and will send the report to Seraikela police shortly.”

Karthik also said Chandigarh-based Central Forensic Science Laboratory had sent the analysis report of the video and audio clips of a mob beating up Tabrez and forcing him to chant Jai Shri Ram.

“We had sent the clips to the Chandigarh lab to check the authenticity of the clips, and whether they were doctored or genuine. The lab has sent us the report but we haven’t received it yet. However, even when we get the report, we will produce it before the court and not make it public through the media,” the Seraikela-Kharsawan SP said.

Jamshedpur: Three persons were arrested early on Saturday morning for carrying three cows and as many calves in a truck near Old Court under Sakchi police station area. The police said the

truck with bovines was intercepted by youths associated with the Vishwa Hindu Parishad near Sakchi Old court. The youths saw the truck proceeding towards Mango around 4.30am. The police said the cows had been rescued and sent to a shed in Jugsalai and the three accused to Ghaghidih Central Jail after being produced before a judicial magistrate.

Ranchi: A woman from another community and her young son got head injuries allegedly from Md Aslam on Saturday at Islam Nagar Harijan Mohalla in Pathalkudwa. The woman claimed she was trying to stop Aslam from harassing her daughter. An FIR was filed in this connection.