Advertisement
Home / Jharkhand / Man, marooned on a hillock in a river, saved after 15-hour effort

Man, marooned on a hillock in a river, saved after 15-hour effort 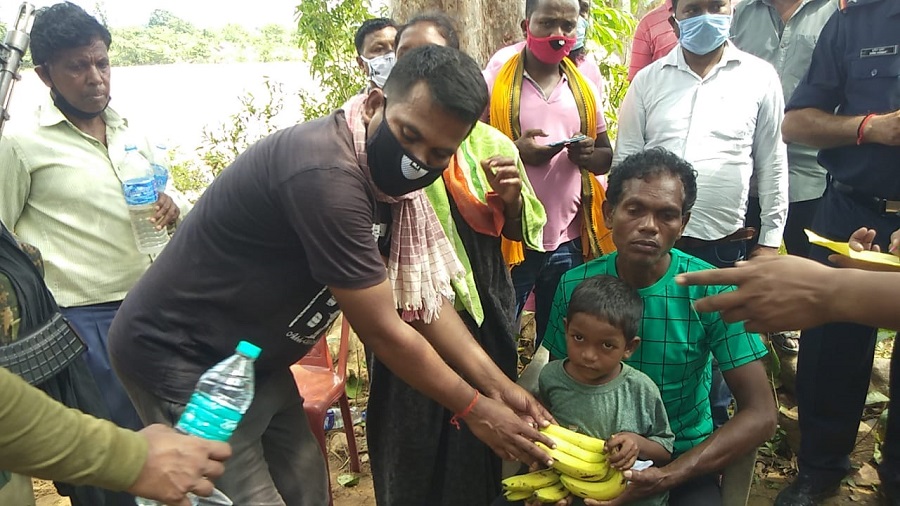 A 45-year-old fisherman, who was marooned on a small hillock in the middle of a river in spate in Simdega district since Sunday evening, was rescued by NDRF personnel after a 15-hour effort that was initiated after a local resident tweeted a video of his plight to the chief minister.

Wilson Madki and three others had gone fishing near Ramjol village in Bano block, over 150 km from Ranchi, on Sunday. However, he was swept away by strong currents amid a sudden rise in the water level of Koel river. He scrambled to safety atop a small hillock, while others with him managed to swim ashore.

It was already 6pm and his friends raised an alarm as soon as they reached the village. Police, accompanied by villagers, tried to rescue him but the gushing waters of the river and poor visibility prevented them from making a headway.

Madki was forced to spend the night marooned on the hillock in the middle of the river. Rescue efforts resumed Monday morning after a local resident tweeted a video of him to chief minister Hemant Soren’s official handle.

Deputy Commissioner C Sushant Gaurav said Madki was finally rescued in the afternoon. “An NDRF team was sent from Ranchi. Madki is in good health and the district authorities are taking care of him,” he said.

The NDRF team, which was sent had 15 members and was led by Peter Paul Dungdung. “There were strong currents in the river which made it difficult for us to swim and reach him. We had to use ropes and boats and managed to rescue him,” said an NDRF jawan.

Simdega SP Shams Tabrez said he had spoken to NDRF DG S.N. Pradhan, seeking a special rescue team. “NDRF immediately dispatched their local unit from Ranchi to Simdega. Initially, the district administration, along with local residents, tried to rescue him. But they could not,” he said.