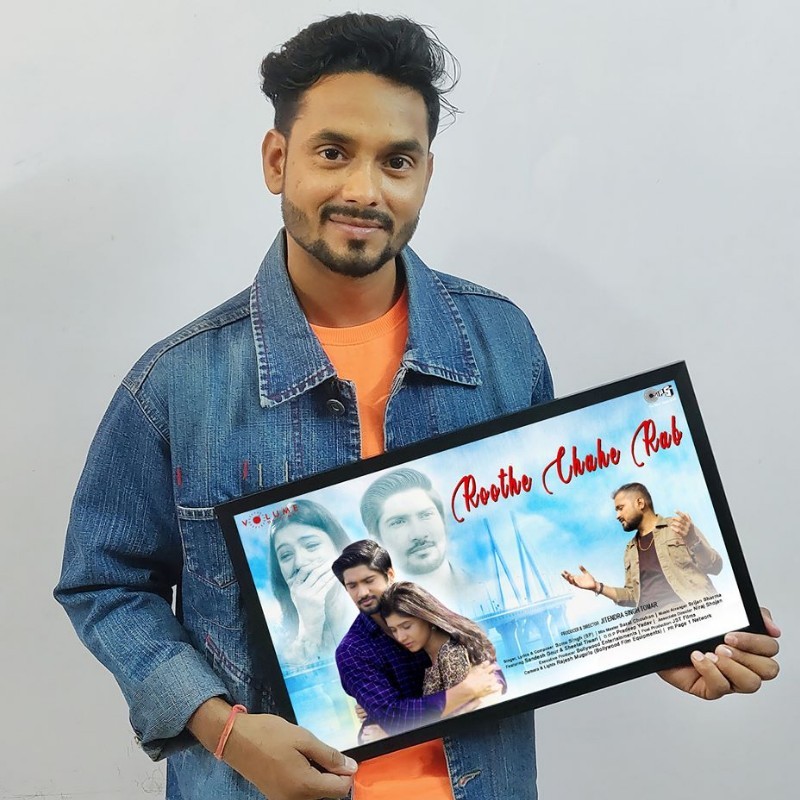 Dhanbad-born director Jitendra Singh Tomar admitted there was a culture of lobbying in Bollywood but insisted that hard work, along with talent, ultimately pays off.

“It is generally tough for an outsider to get placed in the lobby, which is a dream for every youngster. But hard work is the only way and the shortest route you can take,” said Tomar (27), who has directed several television programmes, including Tarak Mehta Ka Ooltah Chasmah.

Talking to The Telegraph Online on the phone about a song released on Zee Music and Tips and the struggle behind it, Tomar said, “making and executing a three-minute music video or a three-hour film, struggle and obstacles are always there.”

“In a music video, you have to narrate your story in minutes which should touch the audience’s heart and it also should be justified. So, it involves a lot of effort” said Tomar, a native of Katras in Dhanbad.

Tomar, son of a trader, who went to Mumbai in 2013 after completing his graduation from Ranchi, started his journey in TV show Adaalat as an intern. Talking about his initial struggle, he said, “It took six months of patience to get on the floor as an intern.”

He ran out of money in between but his will and guts tightened him to his dream and as a result after a year, he started getting paychecks in small digits.

Thereafter, he moved onto Devon Ke Dev…Mahadev, a TV series on Life, as an assistant director. Later, he switched to Tarak Mehta ka Ooltah Chasmah (2015-16) where he worked for three consecutive years.

“I learnt every aspect of filmmaking there as I started working from a lower position and gradually rose up to become the associate director,” said the young director.

And his humble nature gave him friends from different departments, which helped him learn in-depth about the film industry.

“I started my independent venture in music videos when I gained enough knowledge on how to direct them. Then I left the television industry and directed my first music video Vaari Vaari sanam (2016), which was released by Shemaroo Entertainments,” said Jitendra.

After the music video, there was no looking back for Tomar. He went on to direct Tera Saath from Zee Music, Roothe Chahe Rab  from Tips and Surmayee Nain Tere from Zee Music.

“I always welcome new people in my project because it is a team effort. But few people are closely related to me,” Tomar said, adding that his team includes an associate director  Niraj Shojan, who has worked with him in almost every project, and also has rich knowledge in filmmaking besides cinematographer Vaibhav Tyagi, a good friend, who has helped him in bad times and they have made a feature film together.

Explaining about his new venture, Tomar said, “I want to shoot a feature film in my hometown Dhanbad and would love to share the stage with all the talented actors and technical crew of Jharkhand. I have started discussions with angel investors and producers to make my vision a reality.”