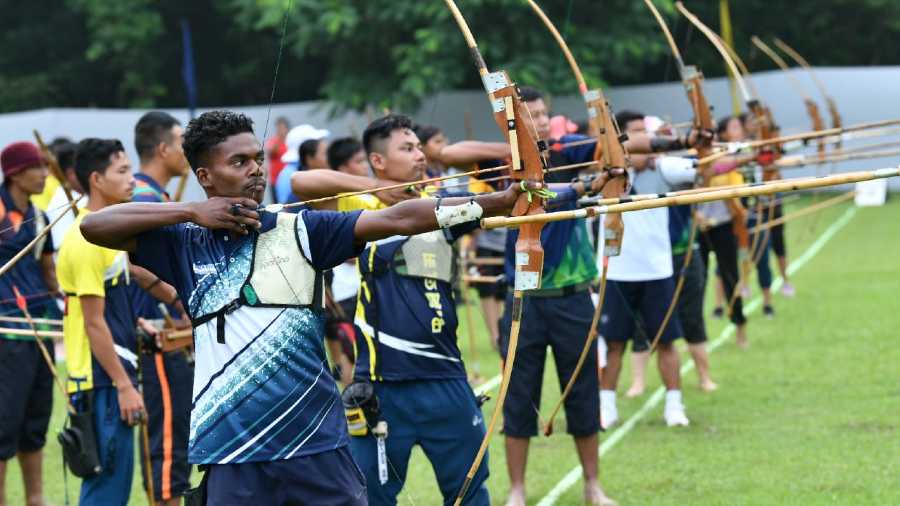 Jharkhand finished with 5 medals - 2 gold and 3 silver - on the concluding day of Indian Round (shooting with traditional bows and arrows) in the 40th NTPC Senior National Archery Championship at JRD Tata Sports Complex on Sunday.

The compound round event will be held on October 5 and 6 and will be followed by Recurve round (Olympic) on October 8 and 9.

Tata Steel will celebrate the silver jubilee of the Tata Archery Academy on Monday. The elite cradle was set up to encourage the indigenous talent of local youth. Since 1996, the cradle has successfully nurtured and trained talented youngsters to contribute to the greater glory of the country.

The Senior National is of immense importance as the top 16 rank holders in recurve (men and women) and compound (men and women) categories will be picked from the championship for the final trials to be held on October 10 and 11 at Jamshedpur. This will be the basis of the Indian team’s selection for Asian Archery Championship to be held in Dhaka.