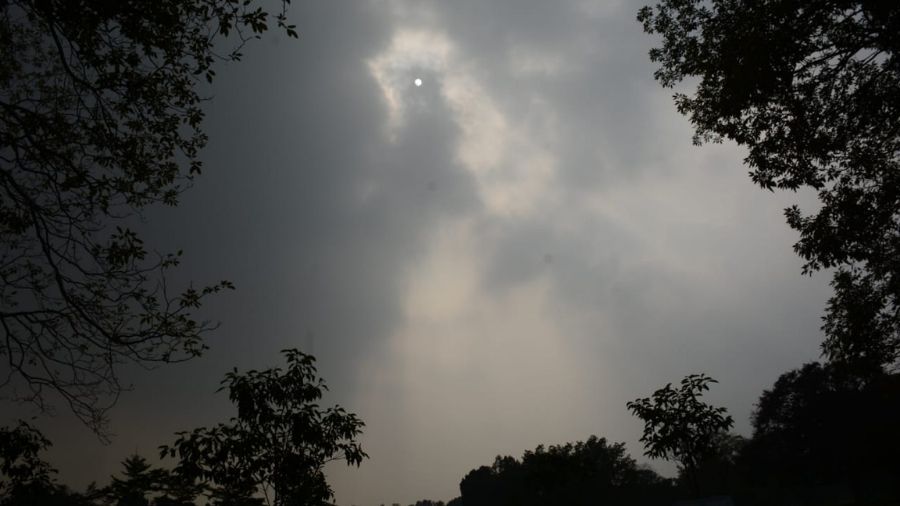 The current spell of unseasonal showers in various parts of Jharkhand due to the impact of a western disturbance passing through northern hemisphere and an associated cyclonic circulation will continue for another 24 hours says IMD officials on Thursday.

Several parts of southern Jharkhand including Kolhan on Thursday witnessed light showers, overcast conditions and early morning shallow fog which reduced the surface visibility to as low as 300 metre between 6.30 and 8 am.

"Light to moderate rain will continue to take place in several parts of southern Jharkhand during the next 24-hours," said Abhishek Anand, head of Ranchi Meteorological Centre.

He went on to say that there will be no significant change in minimum readings during the next 24 hours but the night readings are expected to witness an abrupt drop by two to four degree Celsius bringing back the chill and crisp weather, as the cloud cover and  moisture content in the atmosphere will gradually get reduced.

With IMD forecasting  unseasonal rains in the next 24 hours this might mar Makar Sankranti celebrations which falls on Friday. The forecast for Saturday and Sunday says fog and mist in the morning and later clear sky.

The inclement weather for the last few days has resulted in an abrupt rise in night readings in most places  across the state including Ranchi, Jamshedpur  Daltonganj, Bokaro and Dhanbad.

Statistics available from Ranchi Met Centre revealed that Lohardaga rainfall of 25.6 mm during the last 24 hours.

This was followed by Ranchi which recorded 23.6 mm, girl and several places in Dhanbad district recorded over 22 mm of rain.