CM Hemant Soren promises raise in wage rate for work under MGNREGA and giving jobs to about 15,000 youths of the state by March 2021 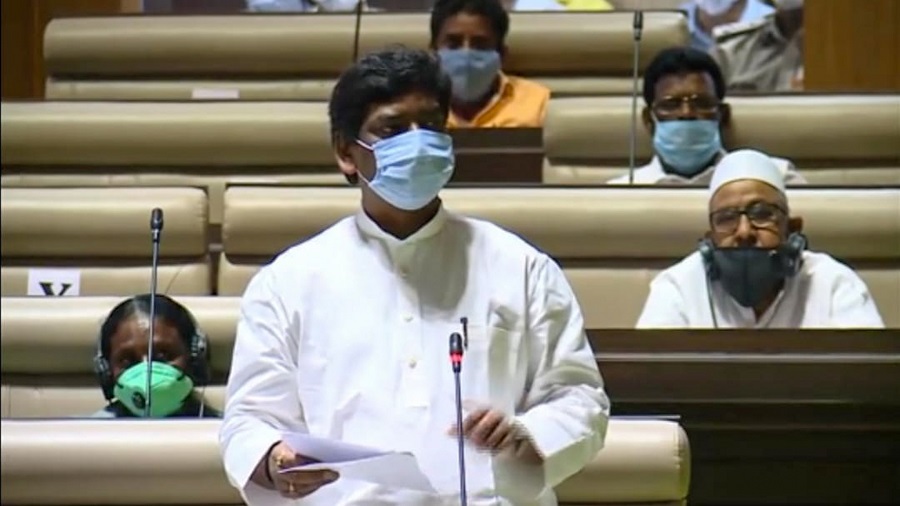 Most of the past one year was spent in tackling the challenges arising out of the Covid-induced pandemic and it’s now the time for bringing the state back on normal track of development.

Chief minister Hemant Soren whose government completes one year in office on December 29 said this in Dumka where he had been camping for the past three days.

“The pandemic had paralysed normal functioning of the state and the government is now working on bringing it back on track and also giving it a momentum,” Soren said while speaking to the media there.

His government would inform the people of its achievements on completion of one year in office on December 29, he further said, adding they were taking some important steps that will be helpful for the people of the state, he added.

“We are trying to raise the wage rate for work under MGNREGA and giving jobs to about 15,000 youths of the state by March (2021),” the chief minister said, adding the process of handing over appointment letters had already begun in a moderate way.

The state government has also drawn up various schemes for benefits of the people, both in urban and rural areas according to the need, he further informed, adding emphasis was being given for fast development of the tourism sector and boosting self-employment in the state.

“We have our organisation there and the leaders are already working on it,” Soren who is also the executive president of Jharkhand Mukti Morcha replied in the affirmative when asked if the JMM would contest in the upcoming Assembly polls in Bengal.

Earlier, JMM general secretary Supriyo Bhattacharya had also hinted in Ranchi that JMM was gearing up for fighting some seats in Bengal.

In reply to a question on whether he would attend a poll related meeting if Bengal chief minister Mamata Banerjee invited him to attend it, Soren said they would response to such requests in a positive way.

“Those who are aware know how BJP fights elections with man and money powers,” Soren said when his attention was drawn towards a tweet by poll strategist Prashant Kishor who claimed that BJP would “struggle to cross double digit in Bengal” and added the hype around BJP has been “amplified by a section of supportive media”.