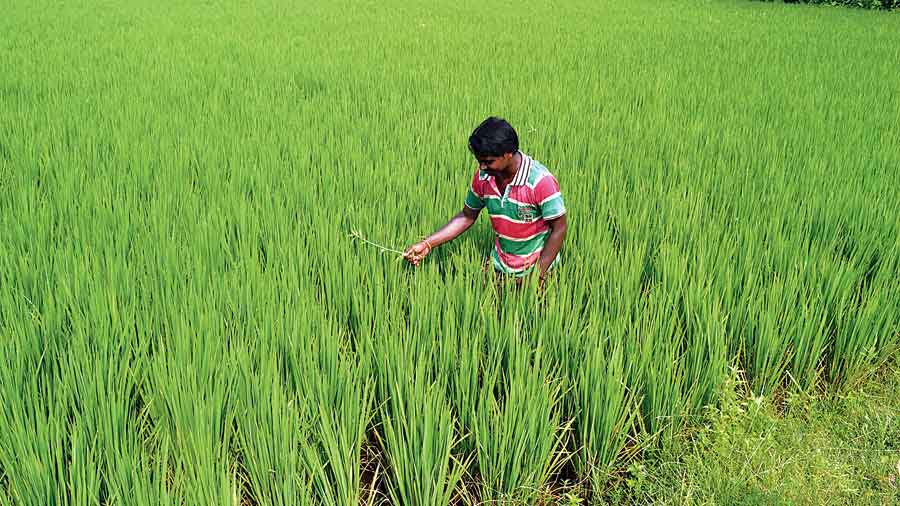 Jharkhand will begin paddy procurement from December 15 and all districts have been directed to be prepared with mandatory logistics for a seamless process as per which the state would buy a maximum of 200 metric tonnes of paddy from a single farmer, the first time that such a ceiling has been finalised.

State food and civil supplies minister Rameshwar Oraon said on Saturday, "We want to extend benefits of a minimum support price (MSP) to maximum farmers. Hence, the move to fix a purchase cap per farmer. Earlier, middlemen or influential farmers used to sell 400 to 1,000 quintals alone by sourcing stocks at throwaway prices from small farmers, thereby eating up the MSP benefit. Since we believe that no one in Jharkhand has the capacity to produce such high quantities of paddy on his own, we chose to fix a ceiling this time.”

Oraon said the state government had identified around 65,000 farmers who weren’t genuine beneficiaries of MSP and that his department was conducting a probe to take suitable action. "During the last procurement season, we came across 65,000 applicants who had both ration cards (BPL cards) as well as farmer’s certificates. A probe is on ascertain the legitimacy of their BPL cards and farmer’s certificates," he said.

Oraon explained that as per norms, a BPL farmer would not sell crops at a procurement centre. "Whatever they grow is only for their own consumption for the year. They can’t grow surplus produce. In case they have surplus produce, then they can’t be called BPL," he said.

“All those who sell paddy at procurement centres will be given 50 per cent payment immediately. The rest will be in two-three months. We started giving on-spot payment of 50 per cent to assist farmers and help them prepare for the next crop since last year,” he said.