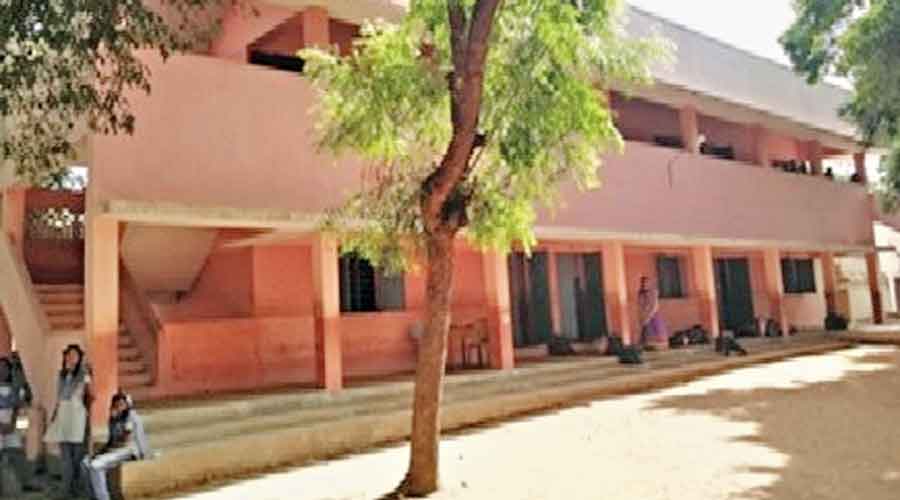 More than 35,000 government schools in Jharkhand are set for a fresh coat of paint in green-and-white shades, colours associated with the ruling JMM's party flag.

While the ruling dispensation claimed the colours were selected based on experts' recommendations as green is soothing for eyes and white symbolises cleanliness, the opposition BJP cried foul alleging the shades were chosen to send out a political message.

At present, school buildings are painted pink and toilets blue.

As per an order issued by the Jharkhand Education Project Council (JEPC) to all District Education Officers (DEOs), the walls of the school buildings will be painted in swan, angora or coconut white, while frosted green or mehndi green will be used for borders and projections of the walls. The doors and windows, and also the toilets will be painted in deep green.

"The schools will get a new look. The buildings will be painted in shades of green and white. We chose the colours based on experts' recommendations. It is medically proven that green is soothing for eyes, while white symbolises cleanliness and freshness," Education Minister Jagarnath Mahto, on whose instruction the order was issued, told PTI.

However, the BJP alleged that the move was politically motivated as the colour combination is associated with Jharkhand Mukti Morcha's party flag -- white coloured bow and arrow on a green background.

"The colour coding of the government is nothing but an act of sending out a political message. Many schools are functioning without headmasters and there is a shortage of teachers. The government must first focus on improvement of quality of education and infrastructural development of schools," BJP spokesperson Pratul Shahdeo said.

The education minister said that the BJP is overlooking the fact that every aspect of the government schools is being improved.

"We are setting up Information and Communication Technology (ICT) laboratories in government schools. Besides, teachers are being made free from non-educational work such as managing mid-day meals. Three people will be appointed in each block to look after mid-day meals," Mahto said.

In 2018-19, during BJP's rule, the colours of the buildings remained unchanged but the toilets were painted blue.