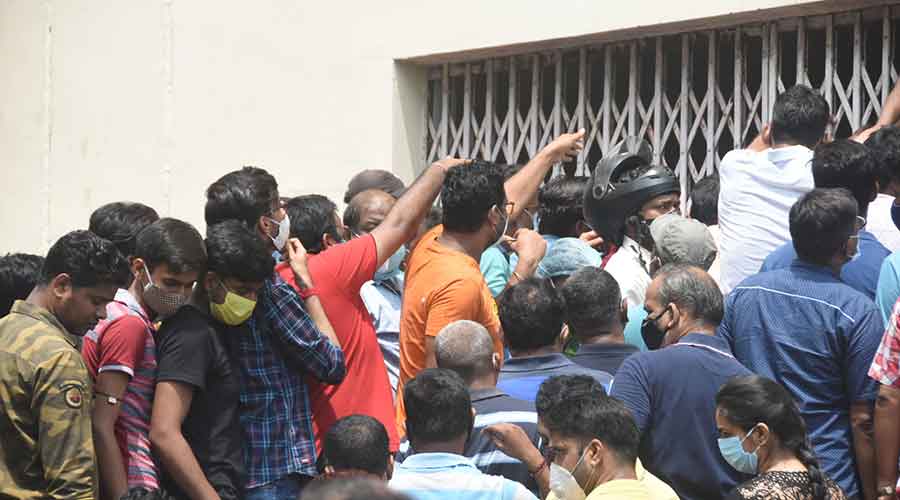 Dhanbad: The shortage of Covaxin doses in the district led to ruckus at one of the vaccination centres at PG block of Sahid Nirmal Mahto Memorial Medical College of Dhanbad on Sunday morning.

The beneficiaries who stood at a long queue outside the vaccination centre since the early morning at around 5 am lost patience at around 10.30 am and tried to break open the gate charging the staff including the computer operators and nurses of taking bribe to provide vaccines to other persons who were not in queue on priority basis by ignoring those who were standing in queue since the early morning.

Dr Vikash Rana, District Reproductive and Child Health Officer, who was also present at the site said, “The charges of favouritism levelled against our staff are baseless and we tried to convince the trouble makers about the nitty gritty of online and offline slot booking priorities but they were not ready to listen.”

He however accepted the shortage of Covaxin doses in the district and expressed hope that the situation will normalise with the arrival of more doses.

“We are planning to discontinue the offline registration process due to regular hullabaloo at different centres and instead provide vaccines through online booking only for vaccination centres of Jharia, Dhanbad and Baghmara block where maximum rush is witnessed,” said Rana. 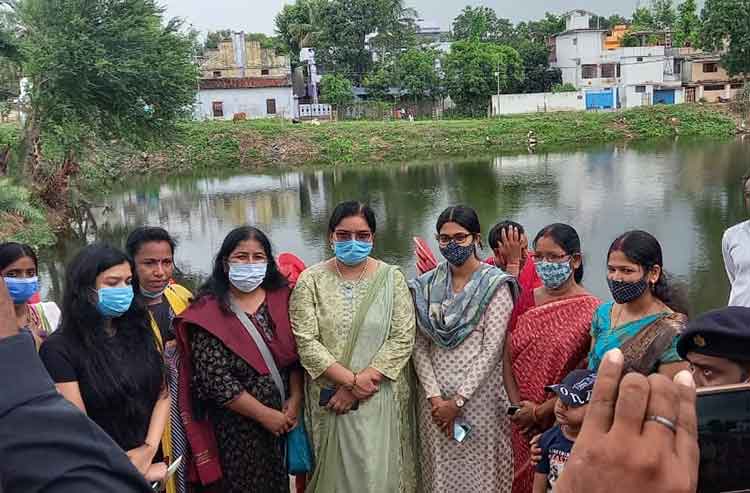 Daltonganj: Around 55 saplings were planted around a nearly 20-year old pond at the Shahid Bhagat Singh locality in Daltonganj in fond memory of the legendary Tree Man and Chipko movement leader Sunderlal Bahuguna.

The residents offered their 'tree tribute' to the veteran environmentalist.

Each of the 55 saplings planted here bears the name of the 'near and dear ones who have long ago gone into the eternity.'

Sources said the residents have a plan to develope and beautify the pond with a park.

“We are working on it to bring in facilities like benches for the seniors to sit in the evening, a baby hammock etc,” said Kumar.

“There is a three acre land in and around the pond that can be further upgraded,” said Kumar. 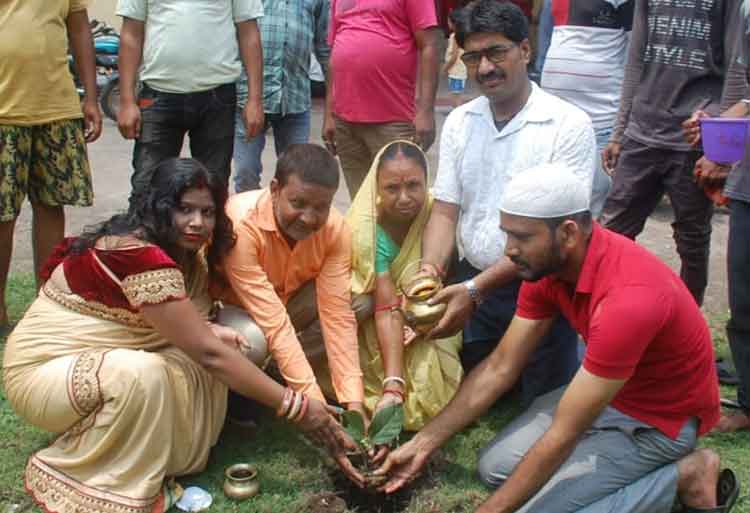 Members of social organisations and devotees plant saplings on the occasion of Sawan on Nilakanth Mandir at Rajagadh, Jharia on Sunday.
Shabbir Hussain

Dhanbad: A group of youths on Sunday celebrated Sawan by planting saplings at different temples of coal town on the first day of the month-long festival.

The group, under the banner of social organisation Youth Concept which is already carrying out plantation since over a fortnight as part of their drive, began their Sawan drive from Maa Nilkanth Vasini temple of Jharia in the morning at around 8am during which they planted five saplings of Pipal and Bar (Banyan) plants.

Talking to The Telgraph Online, Akhlaque Ahmad, convenor of Youth Concept said, “We also apprised the devotees present at the temples about the significance of environmental conservation through tree plantation and provided saplings to such persons who have space at their home or surroundings for plantation.”

Savita Devi, a resident of Rajbari Road locality of Jharia, who received the plants during the course of worship on first day of Sawan today at Maa Nilkanth Vasini Temple said, “We can serve the god in better manner by protecting the nature with and thus I received one Pipal and one Banyan tree each today and planted them in the courtyard of my house.”