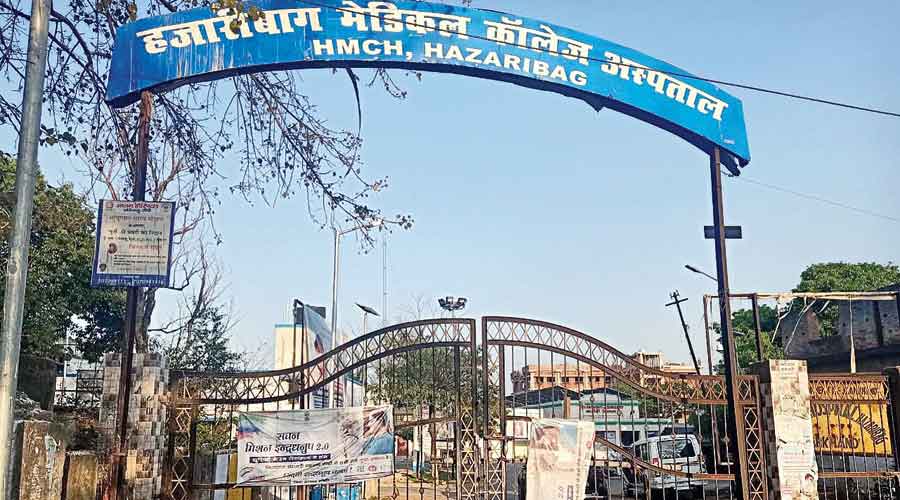 Hazaribagh: The Hazaribagh medical college’s newly constructed building lacking a ramp to move patients for more than four months will be getting one in six months. The Niranjan Rai Company which got the contract said they will take six months to construct the ramp. Engineer of the company Shashi Kumar Singh said they will start the work in September. He said they had constructed the four storied building here and at that time, ramp was not included. Hospital officials raised this issue and termed this as a fault and a tender was issued again. Singh said position of the ramp is decided in such a way that it will also benefit the three storied regional building situated close to it. (Vishvendu Jaipuriar)

Jamshedpur: Another opportunity awaits steel city paddlers to showcase their talent when they compete in the district open table tennis tournament to be held at JRD Tata Sports Complex from September 1 to 5. The five-day tournament follows the just concluded Ultimate Table Tennis (UTT) tournament. The district open tournament is being organised by East Singhbhum District Table Tennis Association (ESTTA). The event will be played in singles category involving cadet (under-13), sub-junior (under-15), junior (under-17 and 19) boys and girls and senior men and women. (Jayesh Thaker)

The soil dump after the underground cabling in front of the SBI, Chiragora Branch in Dhanbad on Thursday.
Gautam Dey
Coal town turns into a pothole zone due to underground cable work

Improper filling of ditches on the road dug up for laying cables being carried out under the Jharkhand Sampurn Bijli Achchhadan Yojna has turned the roads at several places of the district into pothole zones. The situation is the worst at different places of Hirapur locality including near Binod Market, Chiragora, Professors colony where accidents are taking place on a daily basis due to delay in filling up of trenches. The sporadic rains taking place in the district are further affecting the underground cabling work.