He draws attention to Mineral Concession Rules, 1960, which says royalty is chargeable for mining in a leased area, among other similar conditions 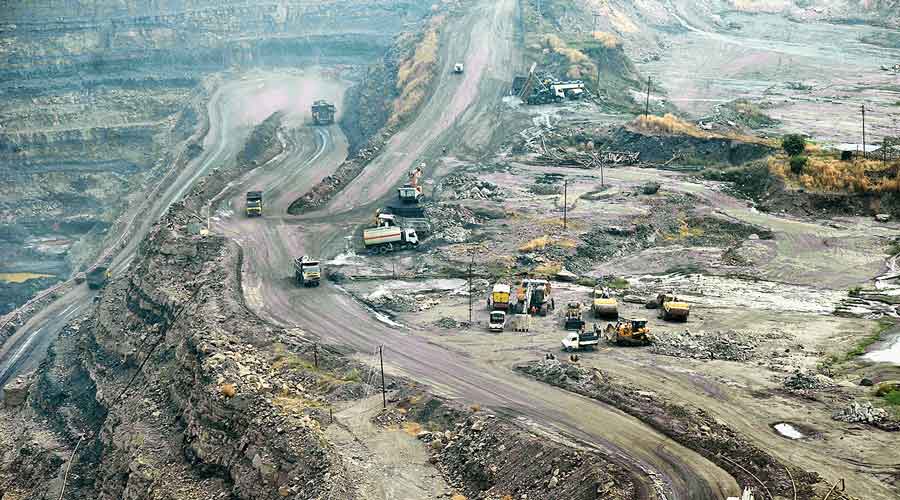 A day after threatening to put barricades around coal mineral resources in Jharkhand if coal companies do not pay outstanding amounts, chief minister Hemant Soren tweeted a letter written to Union coal minister to clear dues of Rs 1.36 lakh crore on Saturday.

Soren, in a speech during the last day of the budget session of the state Assembly on Friday, had said: “We have demanded payment of Rs 1.36 lakh crore (dues) to the state from the coal companies, and we will take it. This is state’s right, otherwise we will put barricades around coal mineral resources.”

On Saturday morning, Hemant Soren tweeted a letter written to Union coal minister Pralhad Joshi on March 2, asking the Centre to clear its dues of Rs 1.36 lakh crore for mining by public sector undertakings (PSUs) in the state with the caption: “In spite of repeated consultations held with the Coal Ministry and Niti Aayog regarding non-payment of long-standing legitimate dues of Rs 1.36 lakh crore related to mining done by central PSUs (public sector undertakings), government of India has paid no heed so far. I have written to (coal minister) Pralhad Joshi ji in this regard.”

“These coal companies are not paying legitimate demand of revenue to the state, resulting in huge dues to the state from these companies,” Soren writes in the letter.

The chief minister draws attention to the Mineral Concession Rules, 1960, which says royalty is chargeable for mining in a leased area, among other similar conditions.

“At present, the CIL’s subsidiary coal companies in Jharkhand are paying royalty on the basis of run-of-mine coal rather than processed coal being dispatched...The courts ruled in favour of Rule 64B and Rule 64C,” Soren said, referring to sections of the law on mandatory royalty payment.