22 of 24 district police stations will be notified 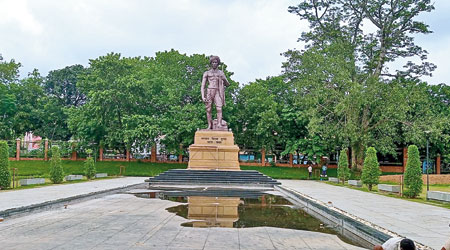 Jharkhand has become the second state after Delhi to notify police stations where a complaint can be lodged online.

The state cabinet at its meeting in Ranchi on Tuesday approved the home department’s proposal for formation of e-FIR police stations in 22 out of 24 districts.

“Except Ramgarh and Khunti, all the remaining 22 districts will have e-FIR police stations. Now if someone wants to file an FIR, then he/she will not need to go to the police station. They can file a complaint online at the respective police station of the districts concerned,” Jharkhand cabinet secretary Vandana Dadel told the media after the cabinet meeting.

Sources in the state police headquarters said that ideally they would have liked to notify e-FIR police stations in all the districts. However, since Khunti and Ramgarh, which were notified as separate districts in 2007 carved out from Ranchi and Hazaribagh districts respectively, did not have a composite control room of their own, the e-FIR concept could not be implemented.

“These would be apart from the 11 statues of tribal freedom fighters already installed at the Birsa Munda Museum. The installation work would be done by renowned sculptors Ram V. Sutar Art Creation,” said Dadel.

The 180-year-old jail, where freedom fighter Birsa Munda was hanged, was renovated and converted into a museum at an estimated cost of Rs 31 crore and inaugurated in 2020.

The project was funded by the Union ministry of tribal affairs and executed by the Jharkhand Urban Infrastructure Development Company Limited.

A total of 15 other proposals were sanctioned during the state cabinet meeting, prominent among which was the approval of the Jharkhand State Road Tax Amendment, 2021.

“Under this amendment, toll tax would be levied on vehicles using roads in the mining area. The government has fixed rates for various vehicles and there will be no special barriers for these vehicles. The state aims at collecting an estimated revenue of nearly Rs 700 crore from such tax,” said Dadel.

The cabinet also approved the operation of the Juvenile Justice Fund and a savings account was opened in the Ranchi branch of State Bank of India.