Armed forces had been deployed in all sensitive and super-sensitive booths: Vinay Kumar Choubey 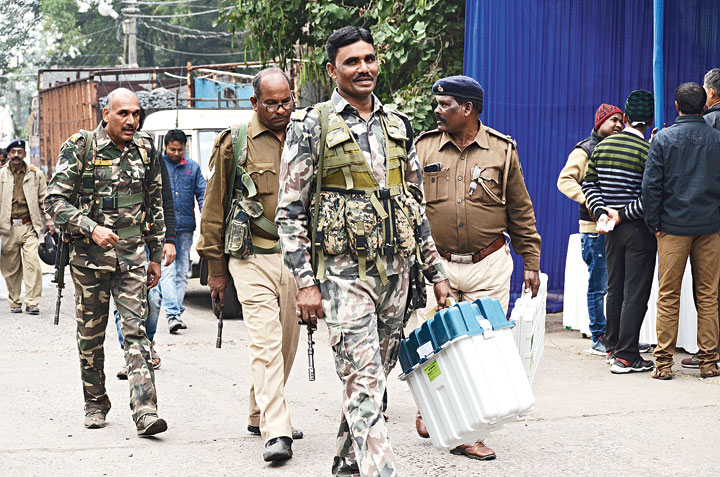 “Of these booths, 1,133 have been identified as sensitive and 3,070 as super-sensitive,” state chief electoral officer Vinay Kumar Choubey told the media at his Dhurwa office in Ranchi on Sunday evening, adding that armed forces had been deployed in all such booths.

Of the 15 constituencies that will go to polls on Monday, voting at Bagodar, Jamua, Giridih, Dumri and Tundi, will be conducted only till 3pm, Choubey said.

“In the rest of the 10 constituencies — Madhupur, Deoghar, Gandey, Bokaro, Chandankiyari, Sindri, Nirsa, Dhanbad, Jharia and Baghmara — polling will continue till 5pm,” he added.

Availing the Election Commission’s postal ballot facility, which has been implemented for the first time in Jharkhand polls, 1,210 voters of the 15 constituencies, who are either differently-abled or aged above 80 years, have already cast their votes, Choubey said.