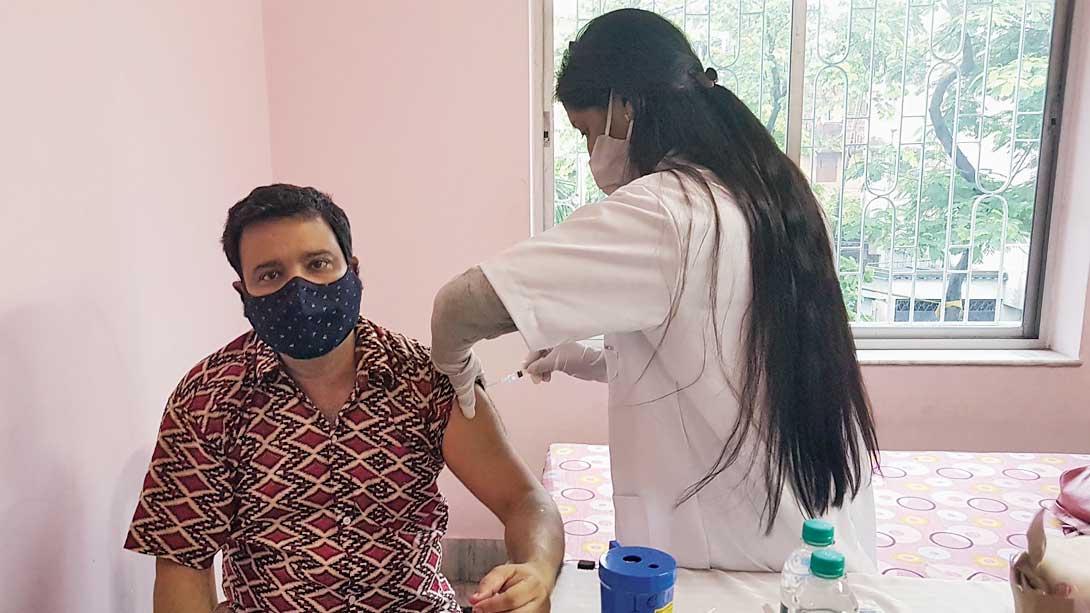 As per details shared by the health department, private hospitals have not even administered 2 per cent of the over 67 lakh jabs used in Jharkhand so far.
File picture
Our Correspondent   |   Ranchi   |   Published 29.06.21, 05:40 PM

The Jharkhand government has requested the Centre to cut down on the quota of Covid-19 vaccines for private players from 25 per cent to 5 per cent, citing lack of private healthcare facilities in rural areas and a high BPL population in the state with limited purchasing power, health officials said on Tuesday.

In a letter addressed to the Ministry of Health and Family Welfare, additional chief secretary Arun Kumar Singh stated that private hospitals were unable to utilise the 25 per cent quota of vaccines fixed for them and the government will be in a better position to use the vaccines if the quota of free vaccines provided to the state is increased to 95 per cent for Jharkhand.

Besides, more than 75 per cent of the state’s population live in the rural areas. These factors, according to the state government, made it difficult for private hospitals to utilise the 25 per cent share of vaccines given to them.

“At least 95 per cent vaccines for the state of Jharkhand should be allocated from the government route to enable equitable distribution of vaccines. This would also ensure adherence to the constitutional mandate of equity, equality and reasonable opportunity for all citizens,” Singh’s letter to Union health secretary Rajesh Bhushan stated.

Before making this request to the Centre, health officials in the state met representatives of private hospitals to coonsult them on the response to the ongoing vaccination programme. Most private players did not show interest in purchasing Covid vaccines. Only three private hospitals have purchased Covid-19 vaccines in the state so far and found it challenging to utilise the doses, officials said.

The Narendra Modi-led Centre started providing free vaccines for all adults from June 21 to states, but reserved 25 per cent of the total vaccine doses for purchase by private hospitals. As per the price set by the government, a Covishield dose in a private hospital is administered for Rs780, while beneficiaries have to shell out Rs 1,410 for a single jab of Covaxin.

According to officials spearheading the immunisation programme in Jharkhand, a majority of the rural population, or people living in urban slums, cannot afford vaccination in private setups – one of the reasons for the poor vaccination rate in private healthcare facilities across the state.

Vaccination camps put off for inspection