3,000 police personnel, including 500 from other districts, to be deployed on streets and strategic locations 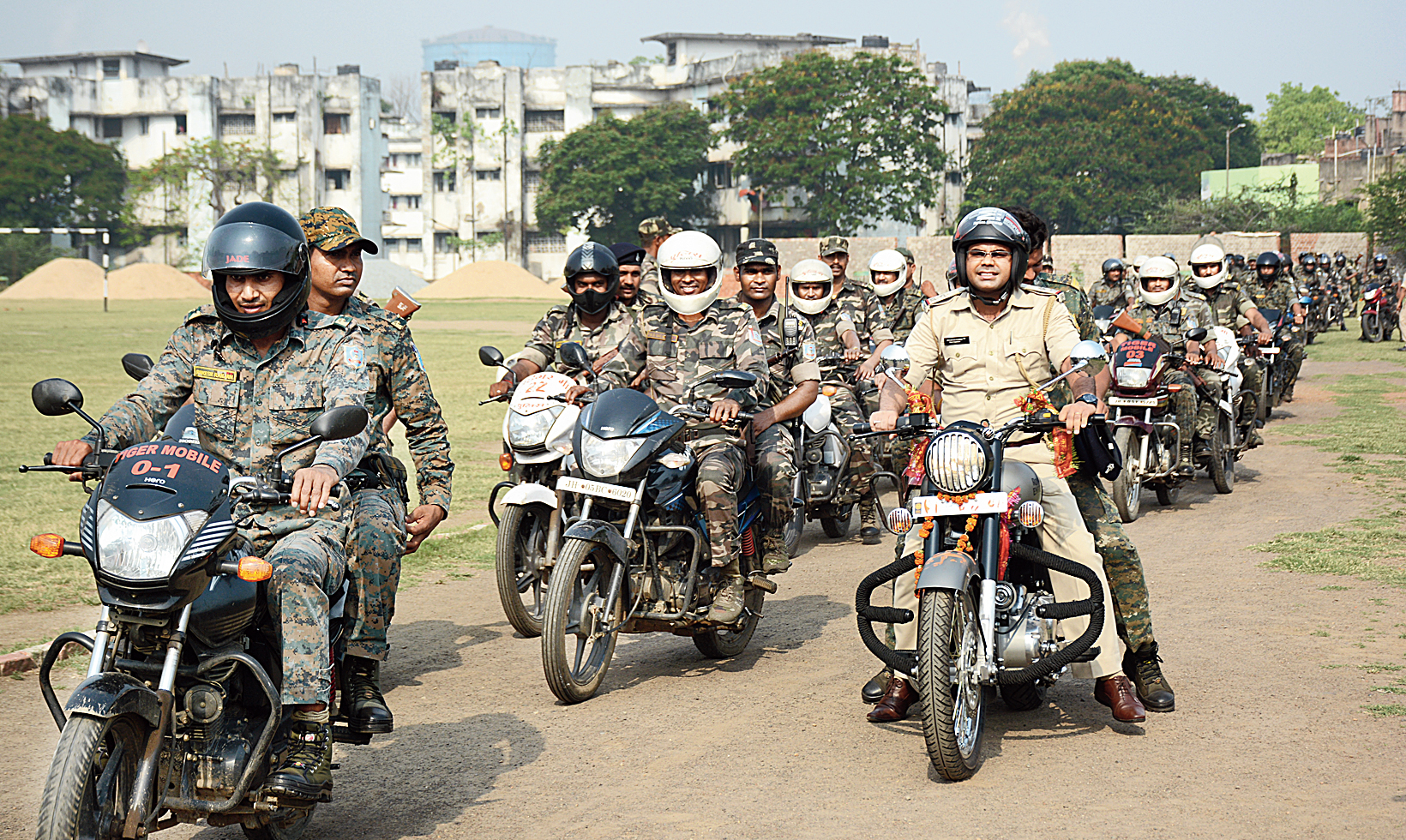 Before this flag march, East Singhbhum SSP Anoop Birtharay gave cops tips on crowd management during Ram Navami rallies that this year is more sensitive in view of the upcoming Lok Sabha polls.

“We made elaborate security arrangement to ensure peaceful Ram Navami immersion processions on Monday. For this, we had been holding peace committee meetings at police stations since the past fortnight and finally we staged a flag march in the city on Sunday,” Birtharay told this paper.

The SSP said 3,000 police personnel, including 500 from other districts, would be deployed on streets and strategic locations on Monday in view of the Ram Navami rallies likely to start from 2pm onwards.

The SSP added he urged WhatsApp group admins not to spread irresponsible, fake and provocative messages to prevent flare-ups during Ram Navami rallies.

In all, 189 licensed akharas will take out Ram Navami processions across the steel city on Monday.

Movement of heavy vehicles has been restricted and power supply in areas serviced by Jharkhand Bijli Vitran Nigam (JBVNL) will remain suspended for over 12 hours from noon to ensure smooth passage of processions.