Voices many against child labour 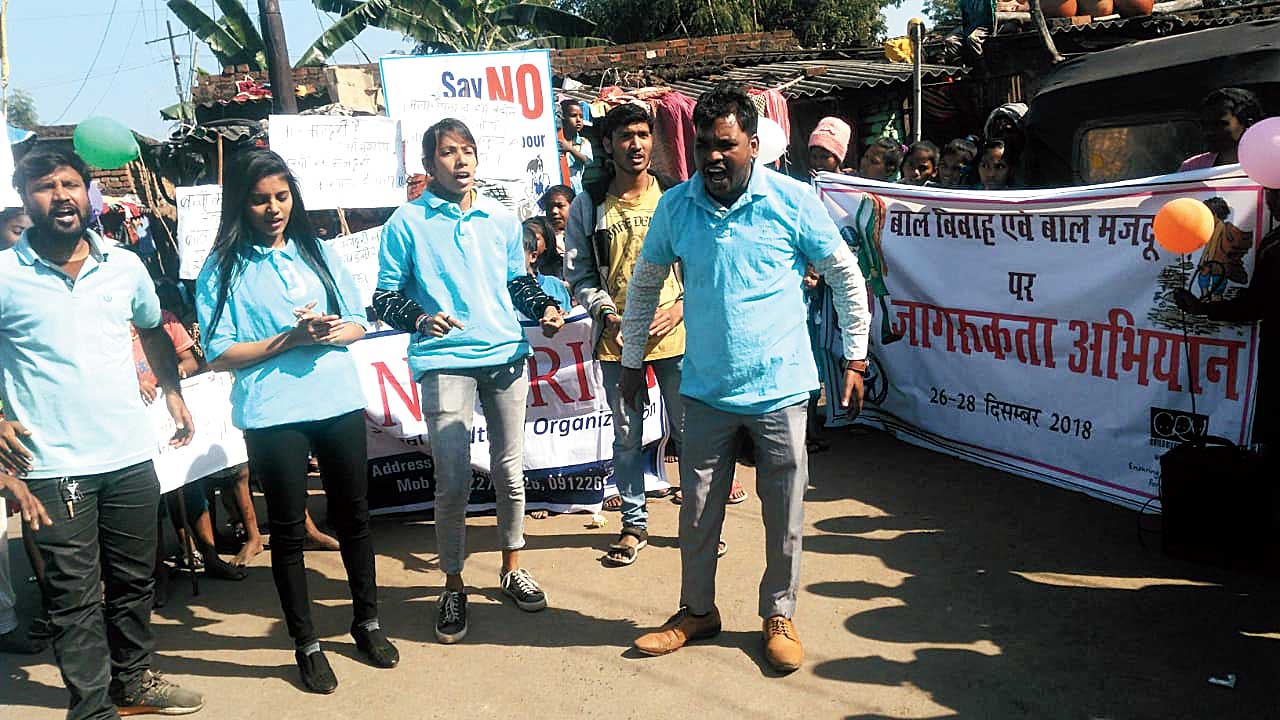 To raise voice against child labour, over 300 school-going slumkids and youths, under the banner of city-based social outfit Adarsh Seva Sansthan, took part in a three-day awareness drive, which kicked off on Wednesday.

On the first day, boys and girls above 18 years of age from 23 slums across the steel city participated in a nukkad natak highlighting the perils of child labour and spreading the word on the importance of education.

His friend Srivastav Ghunia further wishes for a child labour-free society. “We should study and focus on our future rather than spoiling our childhood. I love going to school and want children of my age to also be properly educated,” said Srivastav.

According to Usha Mahto, one of co-ordinators of the programme, 30 out of 135 child labourers have been rescued and then admitted to schools in the last one year. “Our main purpose is to make these children and their parents understand the importance of education. Sometimes it becomes really difficult as for them money is more than going to school. We plan to spread our drive in seven more slums,” added Mahto.

Adarsh Seva Sansthan will also host a meeting in Sakchi on Thursday to connect with other social outfits working in the field of child rights. The programme to be organised by Childline will be attended by members of 30 city-based NGOs.