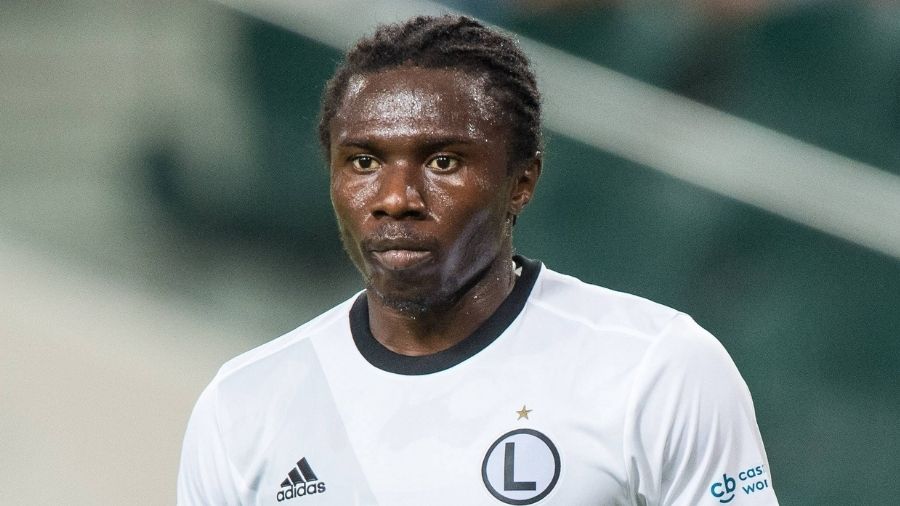 Daniel Chima Chukwu looks set to sign on the dotted lines for Jamshedpur FC for the remainder of the Indian Super League 2021-22 season.

It is believed that the Tata Steel-owned club has zeroed in on the Nigerian center forward as part of the January transfer window. JFC were on the look out for a replacement for Nerijus Valskis who recently moved to Chennaiyin FC.

A member of JFC team management revealed Daniel Chima has agreed on all terms to sign for the club and only formalities were required to be fulfilled. "We think Daniel Chima fits the bill and is an apt replacement for Valskis," the member said on condition of anonymity.

Chima signed for SC East Bengal for the 2021/22 season and scored 2 goals in 11 appearances for the Red and Gold brigade. The Nigerian scored both his goals in a frenzied 6-4 loss against Odisha FC. In January, the striker was released by the club citing personal reasons.

“Nerijus Valskis was keen on his move to Chennaiyin FC and it happened as expected. Jamshedpur looked for other options and Chima being released by SC East Bengal came in as an option. The club is on the verge to complete all official formalities,” the team management member further added.

The 30-year-old Chima started his career at Norwegian outfit Molde before playing in China and Poland for Shanghai Shenxin and Legia Warsaw, respectively. His best personal season came for the Chinese club, Heilongjiang FC, where he scored 15 goals in 23 appearances.

Three-time Norwegian first division league winner Chima helped Norwegian heavyweights Molde FK to three league titles (Eliteserien 2011, 2012, 2014) out of their four so far, also guiding them to two Norwegian Cup (2013, 2014) titles during his first stint with the club between 2010-2015. He was Molde's top scorer with 13 goals to his name in 2013, also celebrating two of his three league titles with current Manchester United manager Ole Gunnar Solskjær, who was in charge of Molde from 2011-2014.

Besides Molde, Chima has also turned out for Legia Warsaw, joining the Polish big fishes in 2017 from Chinese Super League side Shanghai Shenxin. Chima played nine games for Legia Warsaw, including appearances in the EUFA Europa League and UEFA Champions League qualifiers. Chima returned to Molde in 2018, scoring six goals in 17 games in that season. He then moved to China again, this time for Heilongjiang Lava Spring, on loan until the end of the 2019 season.

Despite often being rusty and slow, Chima has often shown signs of his strength and sharp movements for SC East Bengal. He will be looking to find his goalscoring boots under Owen Coyle as he will receive excellent service from Greg Stewart, one of the standout players in the league this season.

Jamshedpur follow some other clubs who have opted to sign foreigners from inside the bubble, to prevent any scares of Covid-19.

Jamshedpur have always maintained Valskis had a hamstring injury and had to sit out. However, it is believed that the Lituanian forward was not gelling well with head coach Owen and some team members. It is said that Valskis had an argument with Owen on December 31 which led the club to release him (Valskis) for Chennaiyin FC.

"We wanted someone who can support Greg Stewart at the front. And Chima was thought to be the best option available," another Jamshedpur FC team management member said.