IIT-ISM geologist gets international recognition for work on Mars 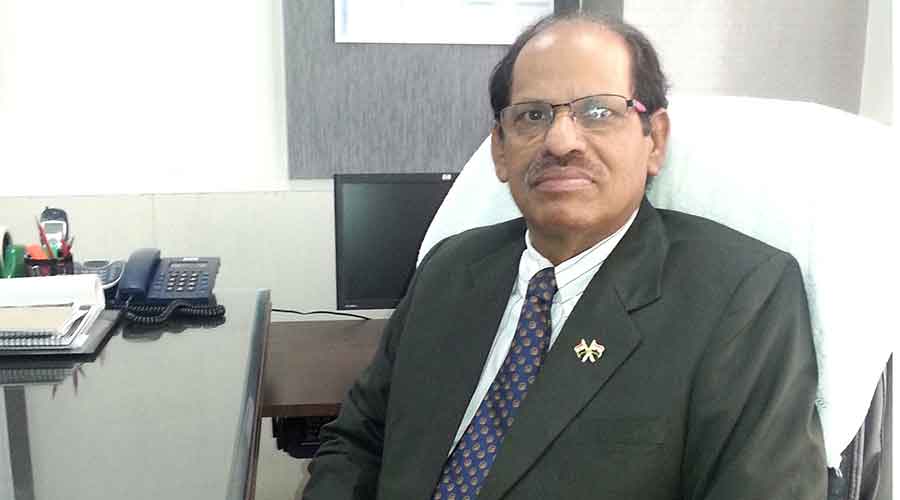 The research paper of P.K. Padhy, a 1979 batch MSc (Applied Geology) of IIT-ISM, highlighting the probable generation of oil and gas on Mars 3.5 billion years ago has drawn the attention of the world community.

The Martian process of hydrocarbon generation highlighted in his paper is akin to the geological condition of the earth of the period of 1600 to 500 million years ago.

The paper, titled Presence of Hydrocarbons on Mars, which was published in peer-reviewed international journal of American Association of Petroleum Geologists DEG, ‘Environmental Geosciences’ recently was appreciated by Michael Thorpe, the renowned NASA scientist as innovative during a Zoom meeting with Padhy, who is presently settled in Bhubaneshwar following retirement after 38 years of service in ONGC.

Sharing the achievement during telephonic talk with The Telegraph Online today from Bhubaneswar, Padhy who has immense contribution to the hydrocarbon exploration scenario of India said the my research paper is based on a comparative geological phenomenon between Meso-Neoproterozoic (1600-540 million years) petroleum geology of Earth and the equivalent Amazonian and older periods of Mars of around 3.7 billion years ago.

The comparative analysis of geological phenomenon of the two solar planets having a fair degree of geological similarity between the internal structure, orbital cycle, and axis tilt points enumerates the generation and entrapment of Hydrocarbons in Mars.

“The research of mine based on the study conducted during my service of over 38 years further points that depositional morphology like alluvial fans, debris flow fans, deltas and lacustrine fans implies possible sedimentation processes active on early Mars like that of our own Earth” said Padhy.

By analyzing the petroleum systems of Earth during Meso-Neoproterozoic (1600-540 million years) time, the research paper enumerates that Earth analogous early hydrocarbons might have been generated and  preserved  in ideal locales like the ancient Valles Marineris rift and crater-induced basins.

Padhy carried out extensive geo-scientific interpretation work on various petroliferous basins of India. He published a number of scientific papers in national and international journals. He is amongst the earliest pioneers in evolving the concept of Oil Shale Exploration and Scope for “Neoproterozoic Oil Exploration” in India.

Besides science, he has a special interest in literature, especially poetry (mainstream poetry and Japanese haikai), and has seven collections to his credit.