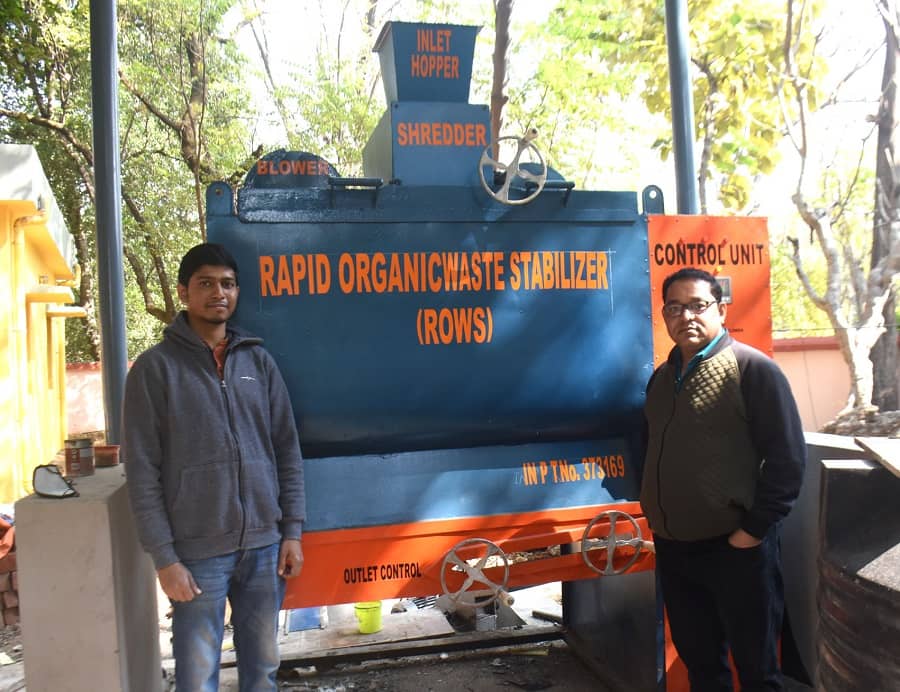 The technology developed in the form of a rapid organic waster stabiliser plant as a pilot project at a cost of Rs 5 lakh during the last four years has already been installed at the residential area of IIT (ISM) employees, known as 48 staff quarters.

The team led by SK Gupta, Environmental Engineering department professor and research scholar, Nitin Kumar is now on the move to develop plants on a commercial scale for the bulk organic waste producers.

Talking to The Telegraph Online on Tuesday, Gupta said, “Though, we began Research and Development work on project in 2017 but it took some time for us to secure the patent for the technology which we finally secured, recently.”

He further said, “The existing technology used in traditional composters leads to much delayed generation of compost but we used the thermal degradation technology at 150 C which in turn greatly accelerates the entire process of waste conversion.

“Besides accelerating the entire process of waste degradation it also deals with the issue of large space requirement  for establishment of larger plants as per the traditional technology as the new stabilizer plant developed by us consumes much less space” Gupta.

He further said, "The compost generated by us using the rapid organic waste stabilization plant contains larger amount of plant essential nutrients like Nitrogen, Phosphorus and Potassium required for the healthy and rapid growth of plants."

“The rapid organic waste stabiliser plant developed by us converts 100 kg of bio waste in four to five hours into around 25 kg of compost thus besides being useful for bulk generators like, hotels, restaurants and municipalities it can also be of great help for food processing plants the organised farmers producing agriculture products on large scale and thereby also produces huge amount of organic wastes in form of agricultural waste products,” fKumar said.