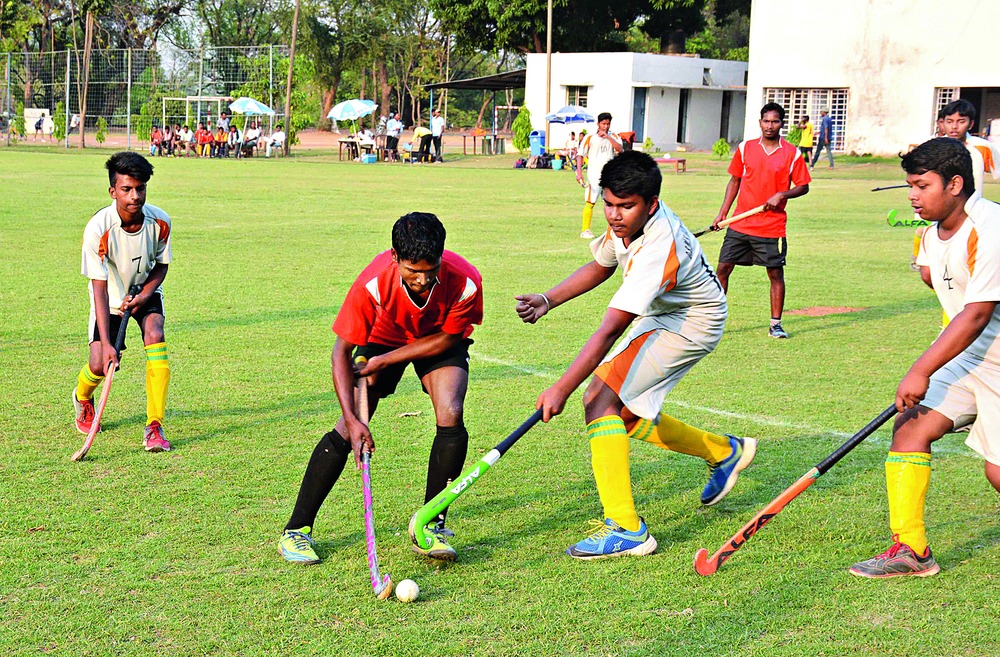 In the last of the league round matches held on Friday, Tata Steel beat Bharat Munda Samaj-A 2-1 while Friends-B drubbed DBMS Kadma High School 6-0. Bharat Munda Samaj-B, on the other hand, handed out a sound 9-0 thrashing to DBMS English School.

Friends-A completed its last league engagement on Thursday and ensured a last four spot by topping group B.

In the semifinal clashes on Saturday, Tata Steel will take on Friends-A while Bharat Munda Samaj-B will lock horns with Friends-B.

Tata Steel faced a tough outing before prevailing against Munda-A. The Munda outfit drew first blood via Nicholas Oria in the 17th minute before the Tata men equalised through a T Barla powerful drive in the 25th minute. J. Dungdung settled the issue in his team's favour in the 27th minute.

Friends-B had no problems in drubbing a hapless DBMS Kadma 6-0. J. Sourin (7th and 12th) and S Bhuinyan (10th and 12th) scored twice each, while J Horo (14th) and A Kandulna (17th) found the net once each to win the match for their side.

Deoghar defeated Khunti by two runs to win the JSCA Inter-district U-19 (plate group) Tournament, 2016-17, in the final played at JSCA grounds on Friday.