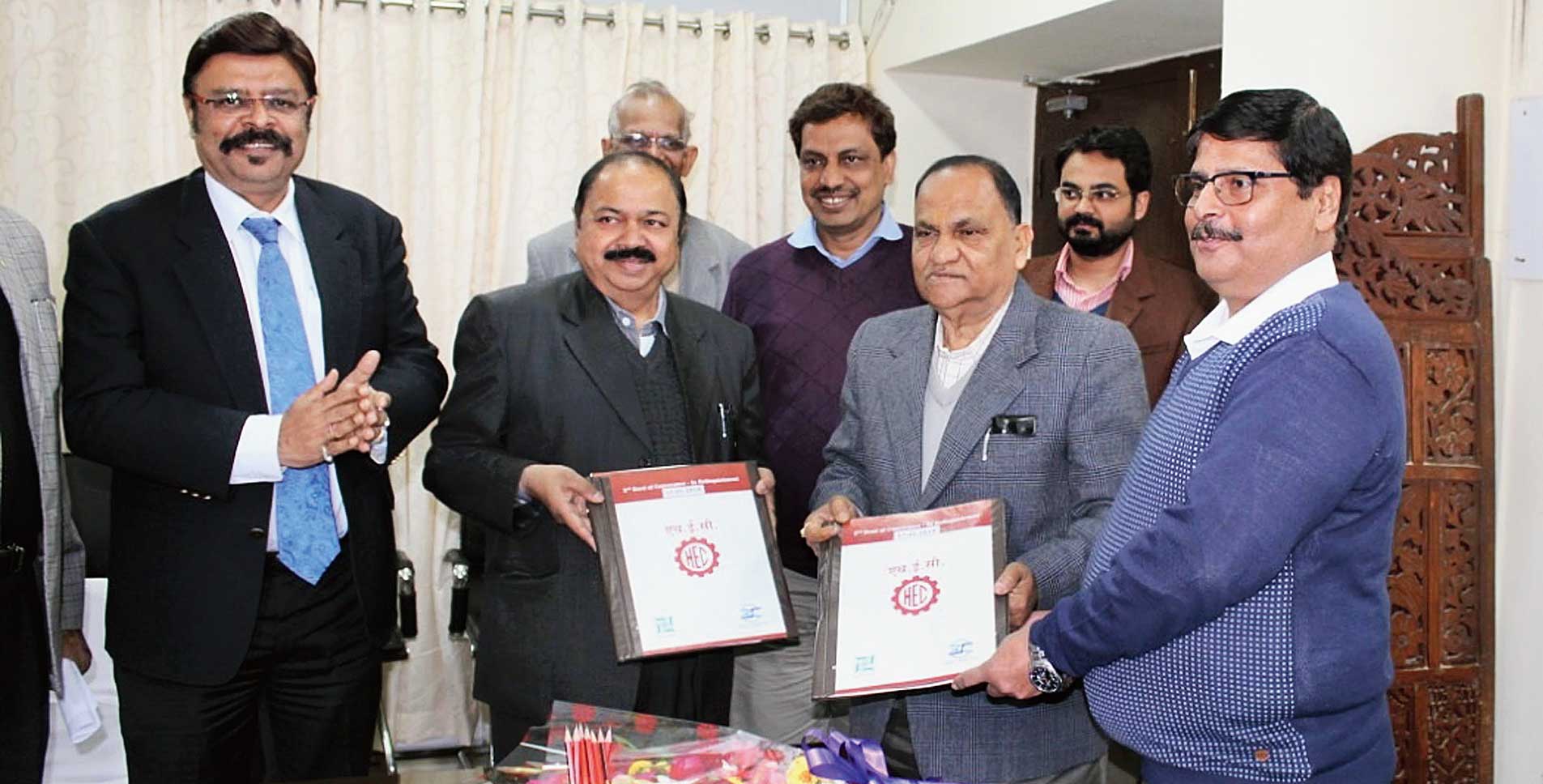 The formal transfer of land from Heavy Engineering Corporation (HEC) to the state government for Ranchi’s Smart City projects took place on Thursday, with a deed to this effect signed by urban development minister C.P. Singh and HEC chairman-cum-managing director Mradul Kumar Saxena at the capital’s Project Bhavan.

Urban development minister Singh said while construction work on many Ranchi Smart City project components was already on, this land transfer was significant as it would speed up the pace of projects by doing away with hurdles related to plot availability in Dhurwa-Jagannathpur.

“We hope area-based development projects under smart city now get impetus and are completed at the earliest,” the minister added.

Ranchi is among the 100 cities under India’s Smart City mission. The vice-president of India, M. Venkaiah Naidu, laid the foundation stone of the Rs 10,500-crore Ranchi Smart City Project in the capital’s HEC area on September 9, 2017, with two components, area-based and pan-city development projects.

A source connected with the project said under area-based development, Ranchi Smart City Corporation Limited (a special purpose vehicle formed to execute this project) is all set to build a new city across over 656 acres in the HEC region of Dhurwa-Jagannathpur with modern commercial, residential and office establishments.

“We needed 656.30 acres, but so far HEC had transferred only over 508.44 acres. With the formal signing of deed of conveyance (on Thursday), the remaining (147.86 acres) land is now formally handed over to Ranchi Smart City Corporation,” the source said.

Going into micro details, the smart city official added that the other components of the project would include a clutch of vocation-specific institutions, drainage and rainwater harvesting facilities, among others.

Pan-city development, on its part, comprises model roads and integrated traffic and transport system integrating all upcoming and present solutions related to transport and traffic under one umbrella through ICT (information-communication-technology).

Will Dhurwa-Jagannathpur set an example for Smart City? Tell ttkhand@abpmail.com