The Rs.161.5cr Hindustan Petroleum project will supply cylinders to Bihar, Odisha and provide jobs to local residents of Barhi 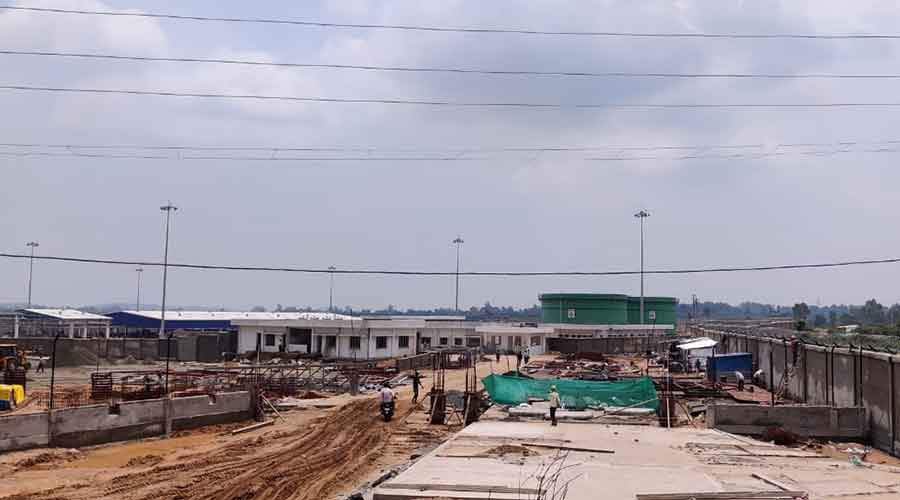 An LPG bottling plant in Hazaribagh will begin operations by April next year and will supply cylinders to Hazaribagh, Koderma, Giridih, Chatra, Palamu, Deoghar, Dumka, Godda, Sahibgunj, Pakur as well as districts of other states including Bihar and Odisha.

The ambitious, Rs.161.5crore project of Hindustan Petroleum Corporation Limited(HPCL), will be completed in a couple of months in Barhi spread across 26acres of land.

Barhi is known for intersection of three national highways including GT road and Ranchi-Patna Highway(NH-33), 40km away from Hazaribagh district headquarter.

On November 1, 2019, the foundation laying for this project was done here with the aim to start the plant by April.2021. The then Union petroleum minister Dharmendra Pradhan, former chief minister Raghubar Das, and former union minister of tribal affairs Arjun Munda were present during the online ceremony. But it got delayed due to covid but now officials said work is going on a warfooting to start this plant in next few months.

Project engineer Kshitiz Gupta said this plant was made with advance security facililties and modern techniques.

“Those working here will get insurance cover also,” he added.

According to him, civil construction work has been completed and the final stage of mechanical and electrical work is in progress.

“We will start this bottling plant by April.2022,” he said.
The plant will have the capacity to refill 45,000 LPG cylinders daily and store 1050 metric ton of gas in the tanks constructed here.  Officials said at this plant, different types of LPG cylinders will get refilled including 5kg, 14kg, 19kg, 35kg and 45kg.

The plant will also employ around 150 local youths.

“We kept visiting the plant and have been told that only 30 per cent work is left for completion of project, “said one of the youths.