Gathering of goons from outside the locality make it difficult for women to walk on the street: Local resident 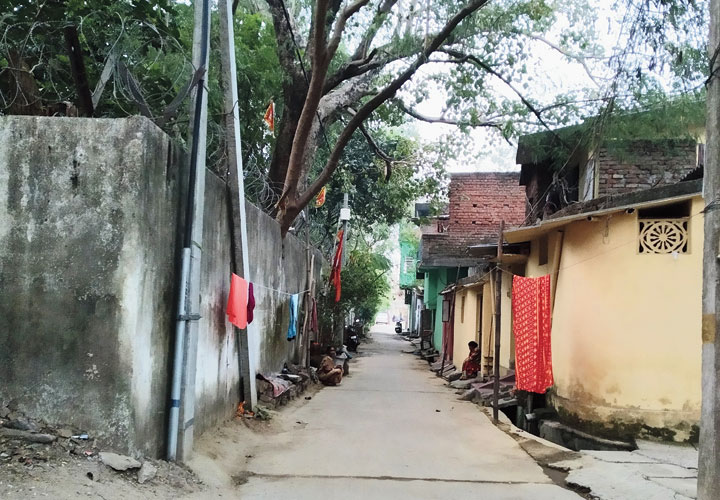 The spot in Golmuri, Jamshedpur, on Friday where bullets were fired on Thursday night.
Picture by Animesh Sengupta
Our Correspondent   |   Jamshedpdur   |   Published 13.12.19, 07:43 PM

Police on Friday arrested Sheikh Noman, 20, who along with his bike-borne associates allegedly fired seven rounds in the air at Golmuri Muslim Bustee around 10pm on Thursday, an hour after a resident objected to the assembly of goons from other localities.

“When Mohammed Mushir objected to the gathering of unwanted elements in front of his house, Noman and other miscreants had threatened Mushir and abused him before leaving the place in a huff. But the bike-borne miscreants returned to the spot an hour later and one of them fired in the air,” said Niyaz Hussain, a locality resident.

Police sources said the suspects include Golmuri Hindu Bustee resident Sadab Khan, 23, Sakchi resident Mohammed Arju, 22, and another 22-year-old man whose identity was yet to be established.

A police party had rushed to the spot soon after getting information about the firing; but the goons had fled the spot by then. “We have recovered four empty cartridges of 7.65mm from the spot, but local residents claimed the goons had fired seven rounds,” said Ranvijay Sharma the Golmuri police station officer in-charge.

“We have also arrested one of the goons, Sheikh Noman, after getting an FIR from Mohammed Mushir.” He said the police were trying to arrest the rest of the accused and have been raiding their houses.