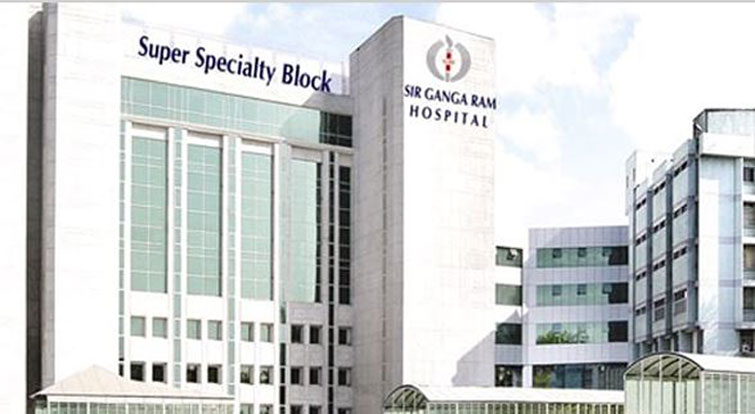 A Ranchi infant, who was allegedly drowned on February 1 by her mother, given up for dead at one hospital but revived at another, and rushed to Ranchi airport and from Delhi airport to a hospital in record time thanks to police enforcing green corridors on Monday, might not survive.

Khushi’s mother, undergoing psychiatric treatment, had on February 1 either thrown the baby in a well near Ranchi’s Ojha Market or jumped in the well with her, an SGRH doctor who heard the two contradictory versions from the family, said.

Initially declared dead by a medical facility near Piska More in Ranchi, Khushi was revived after cardiopulmonary resuscitation (CPR) at Rani Hospital, also in the state capital. But as many of her organs started failing, Ranchi doctors referred her to Delhi’s SGRH, with better ventilators, dialysis for children, and an Ecmo device for heart-lung bypass that pumps blood into very ill children to improve their oxygen levels.

To enable her reach Delhi as fast as possible, Ranchi police on Monday transported Khushi through a green corridor — a stretch where police halt all traffic — from Rani Hospital to Birsa Munda Airport in 10 minutes, starting 1.02pm, covering a distance of 12km. She flew to Delhi in an air ambulance. In Delhi, a similar 12km corridor was created from Indira Gandhi International Airport’s Terminal 1D to SGRH that reached Khushi to the hospital in 13 minutes at 5.23pm.

But after every effort, senior paediatrics consultant Dr Anil Sachdev, who is treating Khushi at SGRH, told The Telegraph that her chances of survival were “highly unlikely.”

“Falling in cold water made her body temperature fall. This is called hypothermia…When she was initially taken to a doctor, this made her appear dead. Currently, she is in coma. There is some spontaneous breathing movement but she is not moving her limbs or responding to pinches,” he explained.

Khushi’s brain has been injured due to oxygen deficiency induced by drowning, her blood pressure was low when she was admitted and her urine output is very less.

“There is no medicine to reverse the damage. We are preventing further damage and waiting for nature to regenerate her affected organs. It may take anything from weeks to months,” Dr Sachdev added. If she survives, the quality of her life is likely to be poor.

This kind of treatment costs up to Rs 50,000 per day for the first two days. The cost reduces later but remains expensive in private facilities.

Dr Sachdev said Khushi was from a middle class family. Her father and uncle, accompanying her, are depressed, he said. They apparently told the doctor that the girl’s mother had been undergoing treatment for psychosis induced by her delivery.

Postpartum psychosis is a rare psychiatric emergency with symptoms such as extreme mood swings, depression and hallucinations. It affects 0.1 to 0.2 per cent of women after childbirth.