I will take forward the developmental works in the education and health sectors: Galstaun 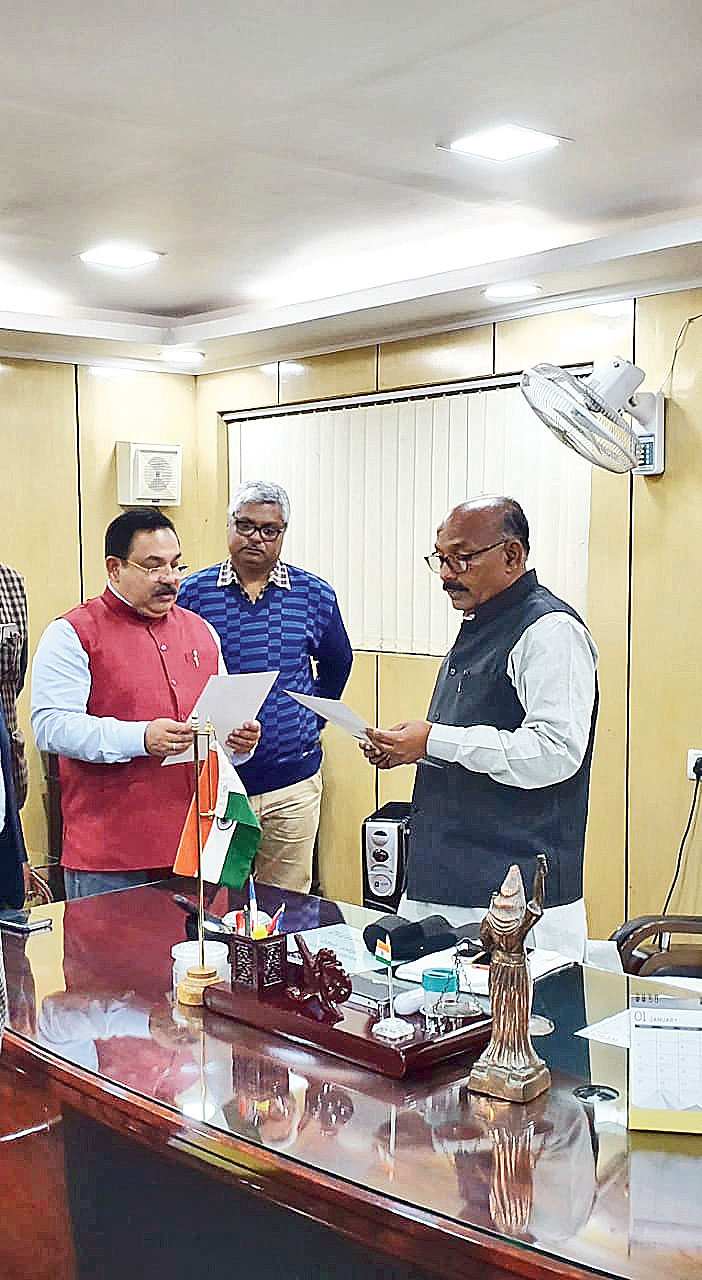 Speaker Rabindra Nath Mahato on Friday administered the oath of office to Glen Joseph Galstaun as the nominated Anglo-Indian member of the Jharkhand Assembly.

Galstaun took the oath at the Speaker’s chamber.

Following passage of the Constitution (Amendment) Bill in Parliament last month, there was doubt whether any Anglo-Indian would be nominated as a member of the Assembly because the second part of the bill intended to end the provision for nomination of Anglo-Indians as members of state Assemblies and the two from the community who used to be nominated to the Lok Sabha.

The anguished Anglo-Indian community of the state and the country had urged the Centre to reconsider the issue.

Jharkhand Assembly, during its session on January 8, rejected the second part of the bill relating to Anglo-Indians but accepted the first part that extended the reservations for Scheduled Castes and Scheduled Tribes in the Lok Sabha and state Assemblies.

Accordingly, the state government nominated the name of Galstaun.

“This will be my third consecutive term as a nominated MLA in the state Assembly,” he told The Telegraph.

The 70-year period for representation from the community was to end on January 25, PTI quoted an Assembly secretariat official as saying. “Galstaun will, however, continue his full term as per Article 334,” the official told PTI, adding that there would not be any member from the Anglo-Indian community in the state Assembly after 2024 as the provision has not been extended.

Galstaun told PTI: “I will take forward the developmental works in the education and health sectors. Development work is going on at Mccluskieganj in Ranchi district where 26 Anglo-Indian families are residing.”