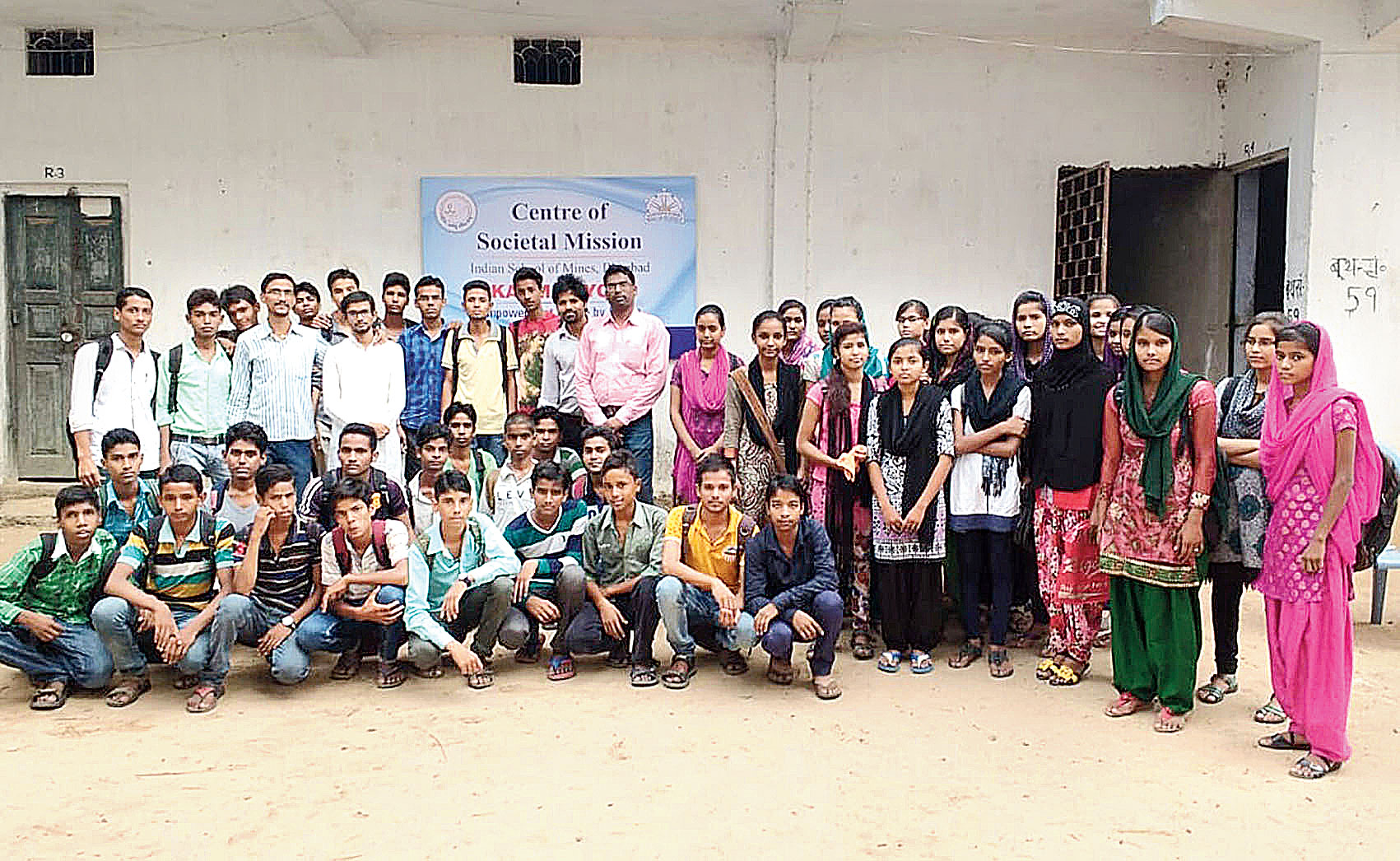 A group of research scholars of IIT(ISM) under the banner of Karm Jyoti are working as agents of change in Wasseypur by imparting free coaching to students belonging to the economically backward sections of the society.

Md Ahmad Nawaj (28), the IIT(ISM) research scholar who heads the six-member team that runs the Karm Jyoti centre at Al Islah School of Wasseypur, said: “We teach government school students from 2.30pm to 6pm on Saturdays and Sundays. At present, 35 students of Class X and 28 of Class IX are being taught at our Wasseypur centre. Some of the talented students who clear their Class X exams are sent for IIT-JEE coaching, which is imparted at the IIT(ISM)-based office of the Centre of Societal Mission.”

Nawaj, a resident of Gomoh in Dhanbad, has been associated with the centre since 2015 when it was established at the initiative of another research scholar Ravesh Kumar.

He said three were three more Karm Jyoti centres at Abhay Sundri School in Dhanbad, Nirmala Leprosy Hospital in Govindpur and at Chaigadda slum in the backyard of Dhanbad Railway Station.

A core team of 20 members of Karm Jyoti is actively engaged in running all the four centres.

“We also take help from the other research scholars of our institute and request them to complete at least two topics from science and mathematics. At the centres, the focus is mostly on these subjects,” said Nawaj, who is pursuing his PhD on non-material and solar cell.

Some ex-students of the centre take classes occasionally.

Members of Karm Jyoti also counsel the parents, most of whom often do not allow their children, especially girls, to go out of station to appear for the engineering entrance exams.

Ravesh Kumar (30), founder of Karm Jyoti, said convincing parents to send their children to attend coaching classes was not easy.

“All the four centres started with one or two students and gradually the number increased,” Kumar, who is currently working as an assistant professor in Gujarat after completing his PhD in chemistry from IIT(ISM), said.

Umme Kulsum (18), daughter of mason Ladla Ansari of Wasseypur, said she was indebted to Karm Jyoti for providing free coaching to her.

“The tuitions helped me clear the tough screening test for Rahmani 30,” she said.