Advertisement
Home / Jharkhand / Focus on capital with eye on polls

Focus on capital with eye on polls 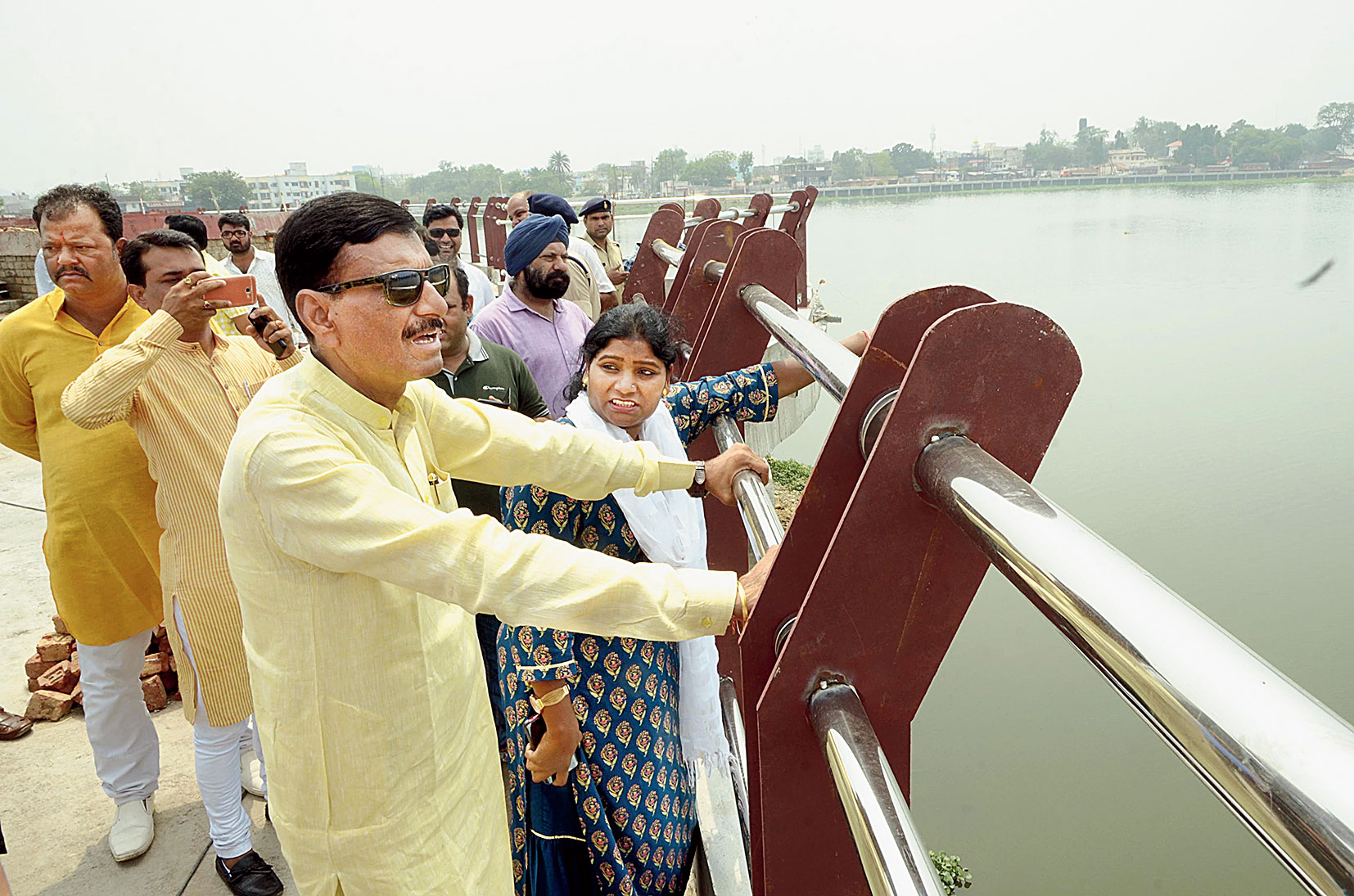 The state government has sharpened its focus on beautification of the state capital with the Assembly elect ions due later this year.

State urban development minister C.P. Singh, the MLA from Ranchi Assembly constituency, on Thursday held a meeting at Project Bhawan for expeditious construction of four new flyovers in the city — at Argora, Harmu, Karamtoli and Ratu Road. This is apart from the flyover at Kanta Toli, work on which has been crawling for two years.

Seth, accompanied by mayor Asha Lakra, city additional municipal commissioner Girija Shanker Ojha, sub-divisional officer Garima Singh and city SP Sujata Veenapani, reached the lake around 1pm and inspected for an hour the work of cleaning, constructing a pathway around the lake and building bridges to the island in the lake. When he noticed that the contractor engaged in beautification work dumping the waste material in the lake, Seth directed the civic body to pay attention to it and ordered the contractor to ensure cleanliness of the water. Seth also noticed drain-water is flowing into the lake and water hyacinth growth. He told the civic body officials to ensure that untreated water should not flow into it the lake and the weeds be cleared immediately.

“I want to develop a night market around the lake on Saturdays and Sundays,” Seth told The Telegraph. “The market will start at 8pm and continue till midnight. I have asked civic body to ensure proper cleanliness of the lake and its adjoining area. I have also asked the civic authority to ensure lighting arrangements, fogging and bleaching. To ensure proper law and order during the night market, I have asked the SP to take steps to free the area of drunks and drug addicts.”

At the meeting on flyovers, minister Singh told Juidco officials to finalise the projects for the four new flyovers with officials of the National Highway Authority of India, the road construction and urban development departments within four to five days. He also asked Juidco to construct a 1km “smart road” — with seating arrangements on proper pavements, cycle stands and suchlike — in any part of the city by Durga Puja.

He told Juidco officials not to go for land acquisition for any project and prepare the plans on land available with the government, said Juidco general manager Ashok Kumar.

Singh said: “I asked the officials how they will construct flyovers crossing roundabouts and without creating much disturbance to city residents.”