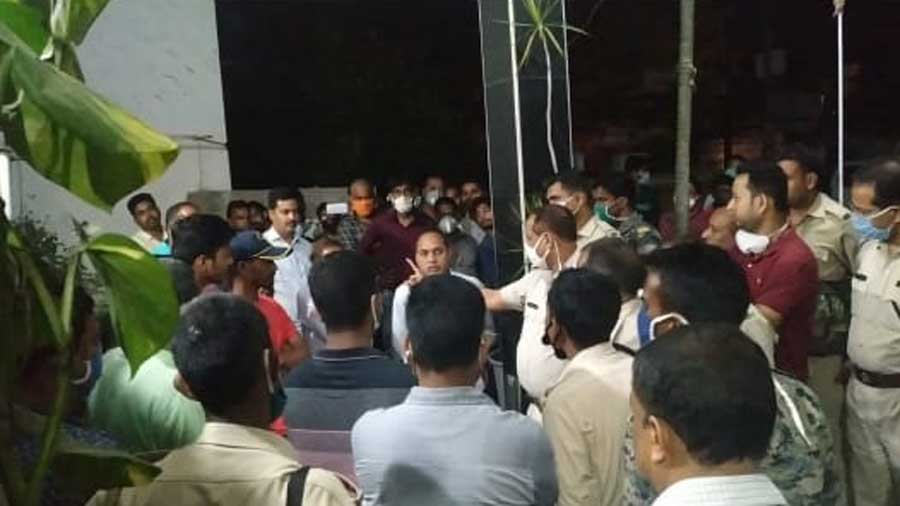 Shots were fired at a banquet hall in Hazaribagh on Wednesday around 8pm. Though no one was injured in the incident, superintendent of police Karthik S. and Sadar subdivisional police officer Kamal Kishore went to the banquet hall and took some people into custody.

Kishore said that the landlord and tenant were locked in a legal battle. Local sources said the landlord was not in favour of leasing the property to the present tenant. This angered the tenant which resulted in the legal battle. 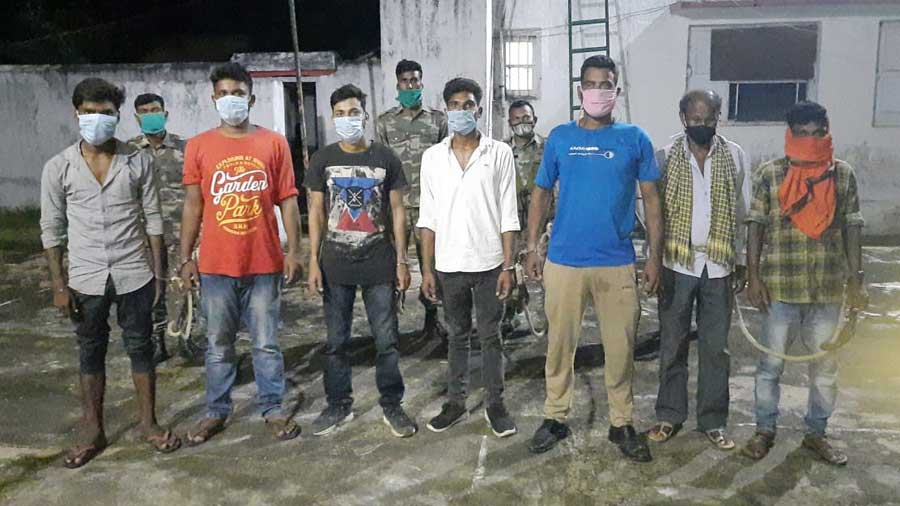 Garhwa police on Wednesday busted a seven-member gang involved in the illegal trade of firearms.

After a tip-off, a team of Kandi police reached Rajwar’s house. They arrested three men with a bag containing weapons, including indigenous country-made items and tools.

During interrogation, the men told the police that their companions were hiding in the forest, Tuti said.

Two persons were arrested on Wednesday from the Saria area in Giridih in connection with a robbery in Nirsa’s Galfarbari on September 14. Vickey Sharma and Sanjay Sharma had allegedly stolen two laptops and a mobile phone from a shop which they reached ostensibly to get a photocopy.