Between 2014 to 2018, a special batch of 45 from the war ravaged neighbouring country studied and lived on campus 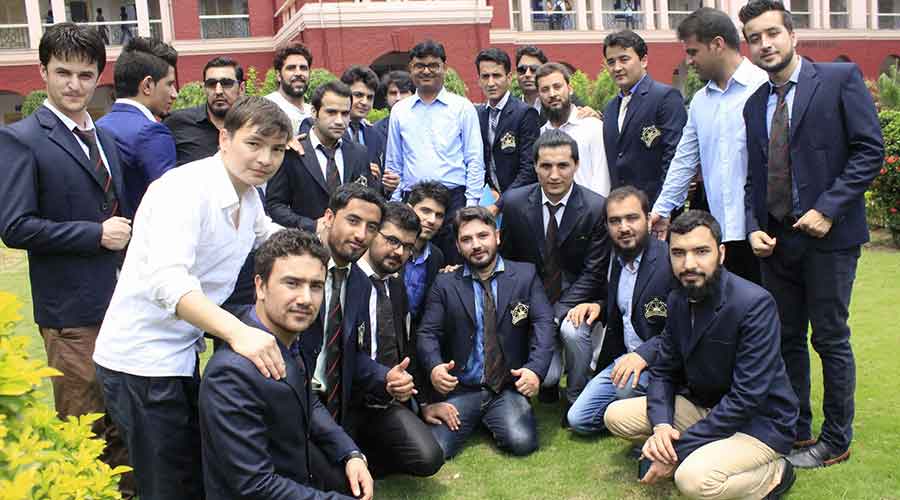 The batch of 2014-18 of IIT (ISM) who shared hostel, canteen, gym, cafeteria and playground with 45 Afghan students, reminisced the old days spent with them as the global community’s attention shifted to the country after Taliban’s return.

A group of 45 students took admission in the BE course launched in 2014 at IIT (ISM) especially tailored for the Afghan students as part of the government of India’s effort to help rebuild the war ravaged, mountainous landlocked country.

Besides conducting the special course for Afghan students, IIT (ISM) also organised a fortnight-long training for 180 mining officials of Afghanistan since April 2013 in 12 batches of 15 officials each for helping the war ravaged country to establish a school of mines in Kabul in line with Indian School of Mines.

Talking to The Telegraph Online from his native place and workplace at Indore, Malkhan Singh, a 2017 batch B. Tech Civil Engineering said, “My room was surrounded with all rooms allotted to Afghanistan students of BE course so I had the greater opportunity among others of my batch to interact with them.”

“I was always interested in foreign affairs, diplomatic policies, strategic affairs and international relations since my school days so I was very curious to learn about lifestyle, culture, food habits, history of Afghan students ever since they came to our hostel in January 2014,” said Malkhan and added that though only a few of them knew Hindi but during the course of time of more than two years all of them started speaking Hindi fluently.

“We used to enjoy food, and many a times I used to visit their canteen as the mutton and chicken used to be quite delicious,” said Malkhan who is presently engaged in organic farming in Indore after completing his B Tech from IIT (ISM) and is simultaneously preparing for civil services exam as he was never interested in government jobs.

“They were very fond of Indian movies and many of them were fans of Bollywood superstars like, Akshay Kumar, Salman Khan, Shahrukh Khan etc and we watched a lot of movies both inside the campus and also outside in theatres,” said Malkhan.

“Being a fitness freak I used to also accompany them in ISM gymnasium as many of them being physically strong always spent time for workouts at gym,” said Malkhan.

“Several of these students, like Farhad Yousefe, remained in touch with me till a few days ago and we are eager to know about them again in the present situation,” said Malkhan.

Himanshu Mishra, B.Tech (Civil Engineering) 2018 pass out of IIT (ISM) presently settled in Patna said, “The experience with Afghan students during our stay at Amber Hostel was quite exciting and they were familiar with us like any other Indian student.”

Professor of Chemistry at IIT (ISM) G. Udayabhanu who served as the course coordinator for the six month foundation course conducted from January 2014 to July 2014 ahead of beginning for formal session of BE course for Afghan students said, “Our foundation course for Afghan students was like preparatory course and they were taught, Physics, Chemistry, Mathematics and English and all the students were quite cooperative and humble with teachers.”