Roshan Ghasi, who stayed at the miners’ quarters in Bermo, was working in the evening shift when the fatal accident happened 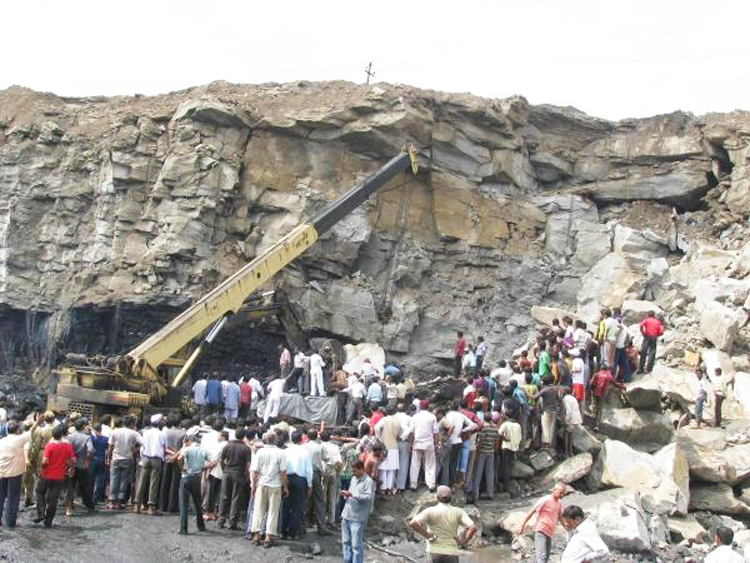 A Central Coalfields contract labourer, working at Kantaghar mines in Kathara area, around 40km from Bokaro Steel City, died while loading coal when he was run over by a dumper late on Wednesday night.

Roshan Ghasi, 30, who stayed at the miners’ quarters in Bermo, was working in the evening shift when the fatal accident happened.

Over a 100 miners, affiliated to various unions, stopped work and started protesting. Miners stopped protesting in the wee hours of Thursday due to the chill but resumed from 7am till afternoon, when the local CCL management decided on the compensation for the deceased’s next of kin.

Authorities of the CCL handed over Rs 50,000 in cash to the wife of the deceased miner, said inspector-cum-OC Umesh Kumar Thakur. Police sent the body of the victim for autopsy to Tenughat on Thursday morning, he added.

CCL project officer (Jarandih) A.K. Jha confirmed the tragedy and said apart from the cash of Rs 50,000 which was already handed over to Ghasi’s wife on Thursday, Rs 1 lakh more would be given his wife within two or three days. “The dependent of the deceased will be provided all benefits of the company entitled to a worker who loses his life while on duty,” said the project officer.

On whether the strike hampered coal production, a CCL official said: “Coal production at only one mine stopped for some hours.”

Leaders of Intuc (Indian National Trade Union Congress) Wilson Francis and Barun Singh alleged that the accident occurred due to violation of safety rules meant to be followed when coal loading was on.

“Rules framed by the company (CCL) and the Directorate General of Mines Safety were violated. Here, the dumper driver could not see Ghasi. If a person had been deputed to check vehicular movement, the mishap could have been prevented.”