The Agricultural Department has sent eight quintals of millet seeds as they do not need much water to grow, farmers may benefit from it 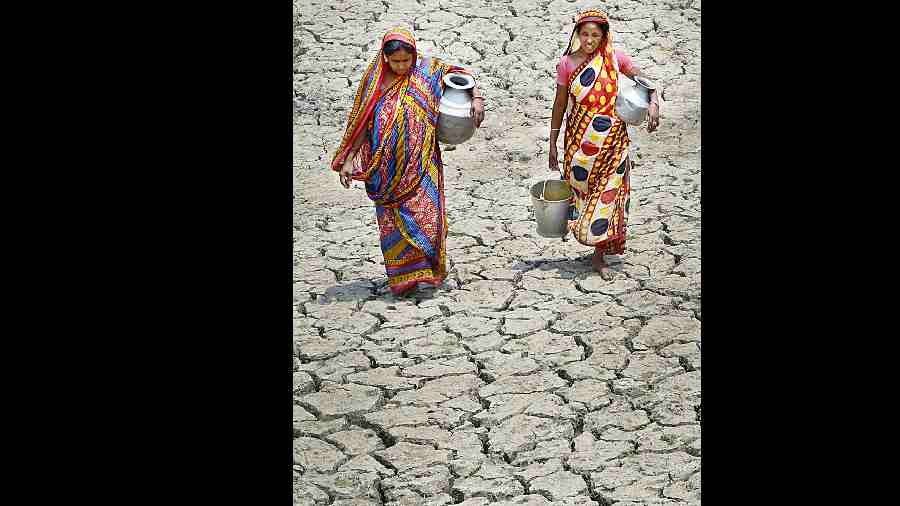 The administration in Jharkhand's Hazaribag, which is reeling under a drought-like situation in the absence of adequate rainfall, has urged the agriculture department to provide distressed farmers with an alternative arrangement for cash crop cultivation.

“At least 84,000 hectares were marked for kharif crops in the district, but the land has remained fallow with farmers unable to sow seeds amid little or no rainfall,” the deputy commissioner (DC) of Hazaribag, Nancy Sahay, said.

Asked if she has recommended the state government to declare the district as drought-affected, the DC said a decision would be taken in the matter only after August 15.

She added, “The situation has not been this worse in the last six years. We have urged the agriculture department to help the distressed farmers with an alternative arrangement for cash crop cultivation.”

“The department has sent us eight quintals of millet seeds as of now. Millets don't require much water to grow. Some farmers may be benefited from it,” she stated.

Sahay also said that the government, under its Fasal Rahat Yojana, would bear the entire cost of raising alternative crops. Apart from that, assistance would also be provided to the farmers under Jharkhand State Livelihood Promotion Society (JSLPS) schemes.

She expressed concern that the "current drought-like situation could lead to a water crisis".

“We are keeping a close watch over the water level in the reservoirs, including the Charwa Dam, which supplies drinking water to the Hazaribag town,” she added.

Hazaribag has received only 78.4 mm of rainfall in June against the usual average of 194 mm.

In July, the district witnessed 80 mm rain so far.

Around 1.50 lakh farmers and other labourers have reportedly left home in search of work in states like Punjab, Delhi, Haryana, Maharashtra, Tamil Nadu, Karnataka and Andhra, according to official sources.