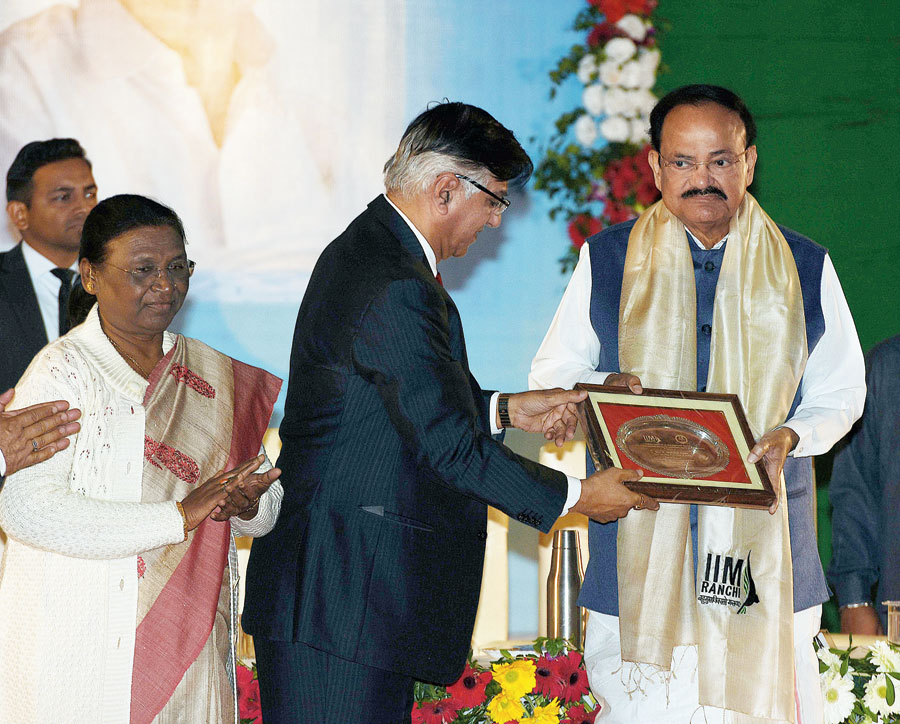 Vice President M. Venkaiah Naidu said this while delivering a talk on “Leadership and good governance” at the Aryabhatta Auditorium of Ranchi University on Sunday.

Naidu, who reached the capital on Sunday, was speaking at an event organised by the Atal Bihari Vajpayee Centre for Leadership, Policy and Governance that functions out of IIM-Ranchi.

The Vice President also reminded the audience that all citizens must follow the rule of law. “Dissent was acceptable but not disruption,” he said.

Visionary leadership and transparent bureaucracy are basic requirements for good governance that can’t be comprised with, Naidu further said.

But there are challanges that need to be addressed properly, he pointed out, adding those were the elimination of gaps between the rich and the poor, urban and rural people and end of corruption.

Reform, perform and transform are certain key words for all, the Vice President further said, explaining that introducing reforms and performing satisfactorily could usher in transformation in the country.

“Reforms may sometime be painful but should be encouraged if useful,” he further said. Giving an example, he said: “It’s like cancer patients who should opt for chemotherapy by choosing hairfall over their own fall.”

But media persons couldn’t hear them as they were made to sit at a media lounge outside the auditorium that had a video screen but no audio. At last, some of them were allowed inside when the Governor was concluding her speech on inclusive governance.