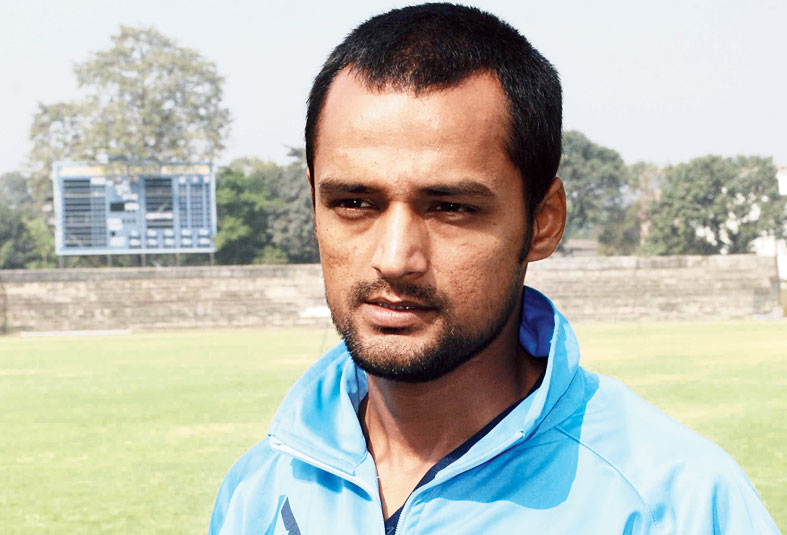 A day after his selection in the India T20 team for the three-match series against West Indies, Dhanbad left-arm spinner and former Jharkhand Ranji skipper Shahbaz Nadeem on Saturday said he had been confident about his selection.

“I am consistent in the domestic circuit,” he said.

Sounding a bit tired, perhaps due to his wicket-less effort against India C in the 50-over Deodhar Trophy final in New Delhi on Saturday, Nadeem said, “Mujhe pura confidence tha is bar selection hoga, Inshallah mouka mila to acha khelunga (I was quite confident of getting the call this time. God willing, I will perform well if I get a chance). India C defeated India B by 29 runs.

If he plays, he will become the second cricketer from the state after Mahendra Singh Dhoni to represent the country in T20.

The 29-year-old Muzzafarpur-born Nadeem considered his record-breaking performance in the Vijay Hazare Trophy in September a big factor in getting the India call.

“Ever since that spell, I was dreaming of playing for my country and the selectors have backed my domestic performance and stint in the IPL,” said Nadeem, who will be part of the team led by Rohit Sharma after selectors rested Virat Kohli. India begin the T20 series against the Windies in Calcutta on November 6 .

Nadeem had shattered the two-decade-old world record for best bowling figures in List A cricket scalping 8/10 against Rajasthan in the Vijay Hazare Trophy on September 20 in Chennai which was instrumental in Rajasthan getting dismissed for a paltry 73 runs in 28.3 overs with Nadeem’s figures reading 10-4-10-8.

The previous best was in the name of Delhi left-arm spinner Rahul Sanghvi who achieved figures of 8/15 against Himachal in a 1997-98 match.

Nadeem has played 99 first class matches taking 376 wickets at an average of 29.74. He has claimed 124 wickets at the List-A level in 87 matches besides scalping 89 victims in 109 T20s. He was recently part of the India A team which played in England and also in the home series against Australia A.