Companies found to be operating without trade licence 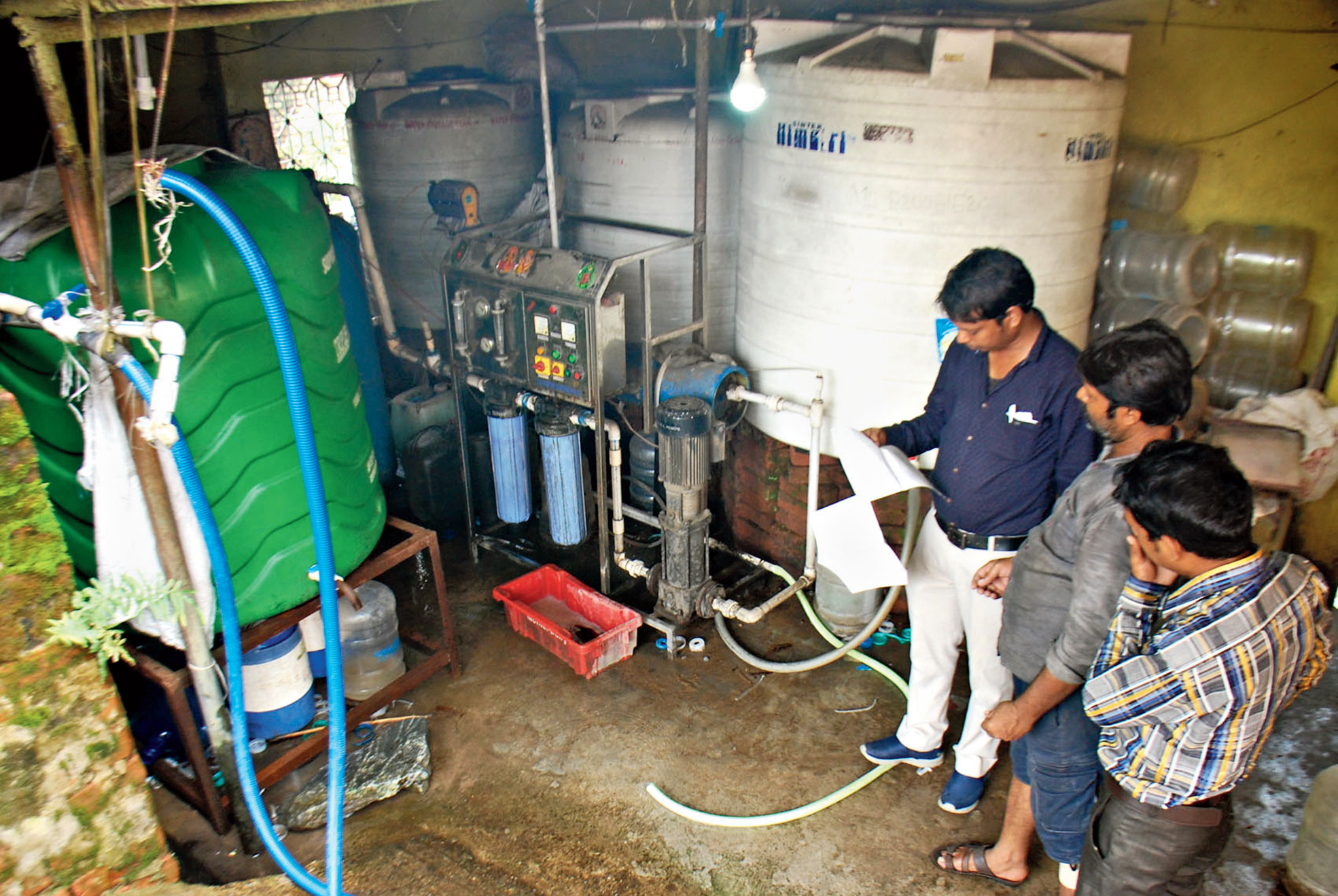 Dhanbad Municipal Corporation (DMC) on Monday launched a crackdown on local companies selling “purified” bottled water, only to find that they had been supplying untested water and operating without the mandatory trade licence.

A team of DMC officers inspected the purifier plants of six companies, including Taste Water, Sweet Water, and Biofina, at Barmasia, Gajuatand and Shani Mandir and found that they had been selling untested water in violation of norms.

The drive began at 9am and continued till noon.

Talking to The Telegraph after the inspection, city manager (sanitation) Bijay Kumar said: “All of these plants are supplying untested water to people in the name of purified water.Moreover, all the six plants were operating without paying the mandatory trade licence fee. They have no provision of soak pits to recharge bore well with filtered rain water, which is leading to a steady depletion in the groundwater table. We will serve them notices after the DMC office opens tomorrow (Tuesday).”

Kumar said it was mandatory to test drinking water before it could be sold or supplied.

“In Dhanbad district, we have the facility to test water at IIT(ISM) and the Central Institute of Mining and Fuel Research (CIMFR),” he added.

The city manager said the drive would continue against similar companies in other parts of Dhanbad to ensure that they comply to the regulations or wrap up their business.

“Three of these companies could not produce any trade licence document, which is mandatory for operating the water purification plants. The other three produced trade licences dating back to 2017-18. A trade permit needs to be renewed every year,” Kumar added.

He said the companies had promised to construct soak pits by tomorrow (Tuesday) morning.

“We will conduct another inspection within a day or two to find out whether the soak pits have been built and take action if they are not,” he said.

Contruction of soak pits was one of the water conservation measures that Kumar had urged Dhanbad residents to take under the Centre’s Jal Shakti Abhiyan.

The measures — which also included planting trees and rejuvenating ponds — enabled Dhanbad to secure third spot among 225 the water-stressed districts of the country in the latest ranking of the central government campaign.