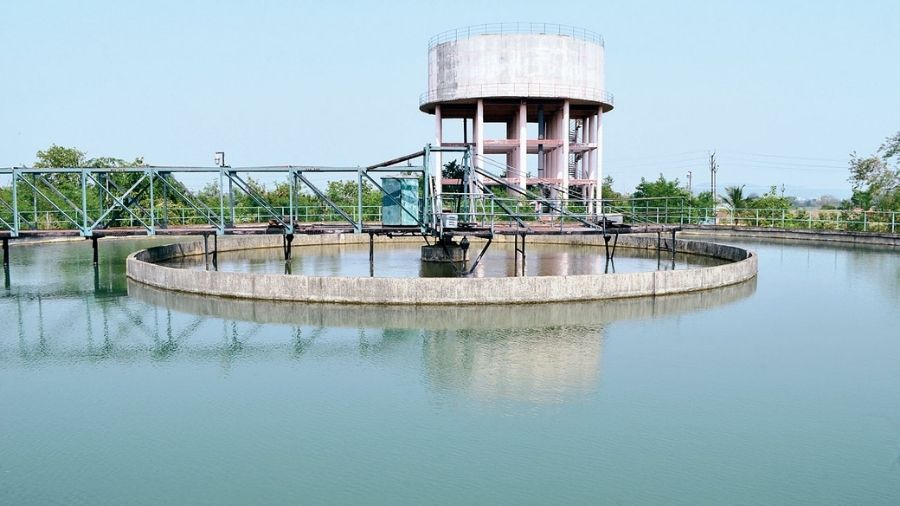 Dhanbad Municipal Corporation (DMC) will be taking over the Rs 365cr water supply project that is being run by the state drinking water and sanitation department to ensure better service to residents of the coal town and  neighbouring areas.

According to DMC commissioner Satyendra Kumar, “As per instructions of the state government and the state urban development department to improve the water supply system, we have decided to take over the Dhanbad water supply project in phases. We will start with the operation and maintenance of the Sindri water supply scheme, which is a part of the Dhanbad project, but is being looked after by the state drinking water and supply department.”

Kumar, who after an inspection of the DMC headquarters at Luby Circular Road on Wednesday announced the setting up of a help desk on the ground floor, also unveiled plans to improve water supply in Dhanbad.

“We will increase the number of connections which now stands at around 33,000 only. Besides allotting new connections, we will also encourage regularisation of illegal connections by paying a penalty,” he said.

The Dhanbad water supply project was conceptualised under the millennium city project of Jawaharlal Nehru Urban Renewal Mission in 2011. It was scheduled to be completed in 2014 but was delayed by more than six years due to several procedural delays, including lack of NOCs from Bharat Coking Coal (BCCL) for setting up overhand tanks in underground fire affected areas and for laying pipes near rail tracks.

Initially, the project was to cost Rs 298 crore and executed by the drinking water and sanitation department for DMC with the help of L&T Construction. The project cost was later revised to Rs 365 crore attributed to price escalation.

Later, the project was divided into two into parts, one for Sindri and the other for Jamadoba for convenience of execution. The Sindri part of the project required construction of a water treatment plant of 13.5 million litre capacity, besides an intake well of 19 million litre, five overhead tanks and laying of an 84km-long pipeline. The project was finally made operational in 2016 to ensure water supply to several areas of Sindri, Patherdih, Chasnala and adjoining areas.