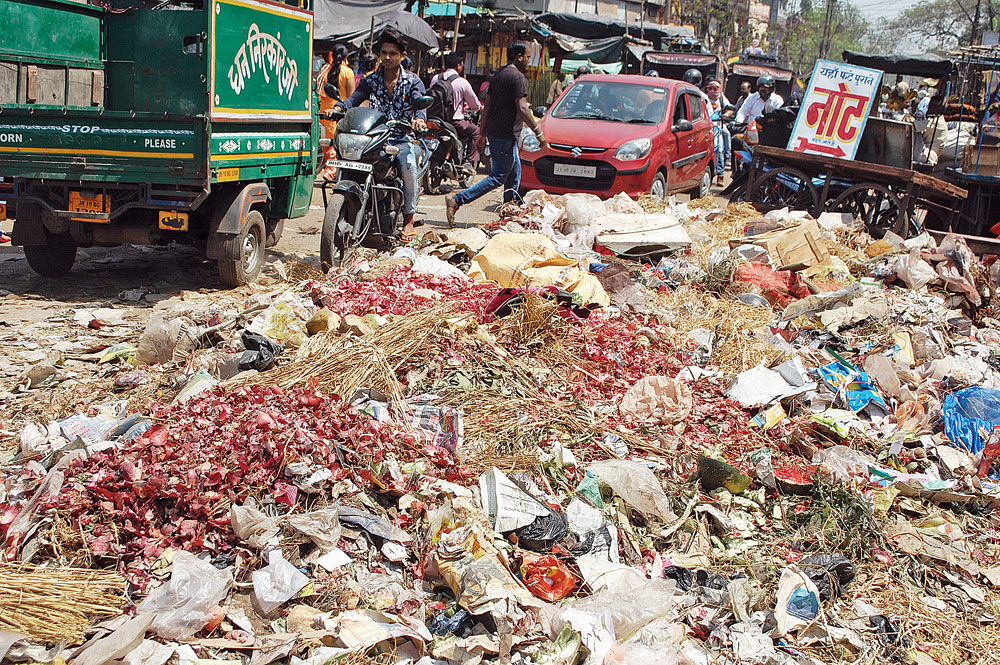 Civic commissioner Chandramohan Kashyap’s 24-hour deadline to make Jharia filth-free might not have worked 100 per cent, but it has at least got the ball rolling.

During a visit to Jharia on Sunday, Kashyap was greeted by piles of unattended garbage spilling on to the roads from dustbins. Unhappy with it, he instructed Ritesh Kumar, the programme officer of Jharia circle, to get rid off all the filth within a day.

Kumar said, “On Monday, we launched a massive drive to clean all the 30 dustbins in Jharia as per Kashyap’s orders.”

“The situation aggravated due to the two-day Holi break followed by weekend holidays on Saturday and Sunday during which cleaning couldn’t be carried out. But we have started cleaning the mess from today,” Kumar said, adding that desilting of large drains on Dharmshala road would also be carried out after clearing all the large dustbins.

There are around 30 dustbins in Jharia with most of them being loaded with heaps of unattended garbage. In addition, drain water overflows on Dharmashala Road and Upper Kulhi Road almost throughout the year.

“I can’t understand the reason for all this mess. In all, 27 labourers have been provided in each of the 11 wards in Jharia,” Sao said, adding that instead of lifting garbage every three to four days, it should be removed daily.

“In fact, large vats situated on the main road should be cleaned at night to avoid inconveniencing people,” Sao added.

Santosh Keshri, a resident of Hetlibandh in Jharia said, “We are worst affected as drain water overflows on the road throughout the year because of silt deposition.”

“Due to non-lifting of garbage from the dustbin located near Little Flower School, stray dogs are always seen in and around it. As kids studying in different cradles like Balika Vidya Mandir, Peace and Joy School and Little Flower School pass through the locality, they face the risk of being attacked by dogs,” said Hetli Bandh resident Satyadeo Singh.