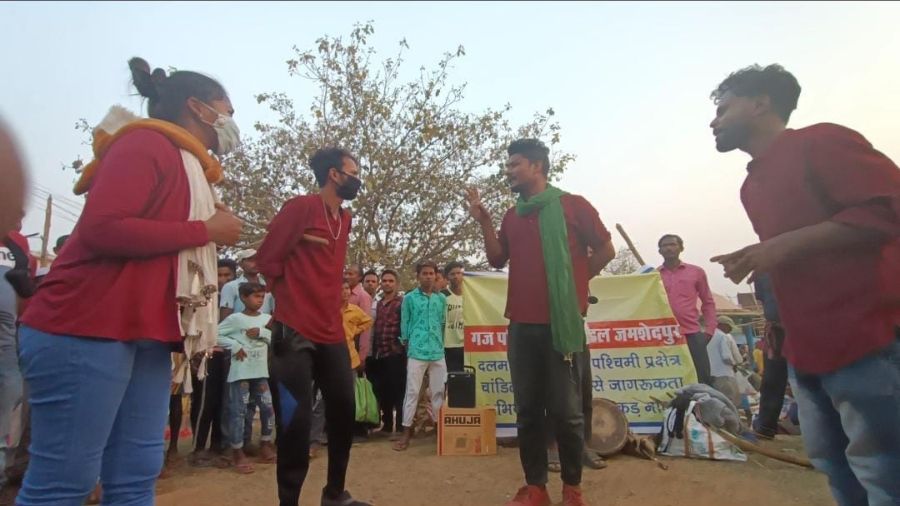 Foresters at the Dalma Wildlife Sanctuary have come up with an innovative way to spread awareness among villagers about the futility of killing innocent animals and protecting the jungles from fires.

Ahead of Bishu Shikar or Sendra, the annual hunting festival of tribals, the state forest department has been conducting street plays and playing videos to send messages to villagers in and around the area. The exercise has been going on for a few days now and covers villages under both eastern and western ranges of the elephant abode.

”The entire exercise is aimed at making the villagers understand about the importance of not killing animals and the need to protect the Dalma forests from fires,” a forester said on condition of anonymity.

Villagers throw cigarettes inside the sanctuary and the embers cause fire. A part of the forest had been already ablaze but it is under control with foresters deploying two separate teams for the purpose.

The forester said an amount of Rs 7,000 was being spent for each street play. “Some locals groups as well as a few from Jamshedpur have been roped in for the job. Village youths are coordinating the exercise and helping the forest team,” he added.

The Dolma Buru Sendra Samity, a frontal outfit of tribals, will announce the date of Bishu Shikar on April 9. The hunting festival will take place at the Dalma wildlife sanctuary on the earmarked date. Hundreds of tribals armed with bows and arrows, spears and other weapons will assemble at the sanctuary to try and kill animals.

However, the forest department is serious about not making the festival bloodless. Though the number of animal killings have come down  for some years, the department is in no mood to take any chance. Strict vigil will be kept at the sanctuary. Teams from other forest divisions of Jharkhand will also participate to prevent hunting of animals.