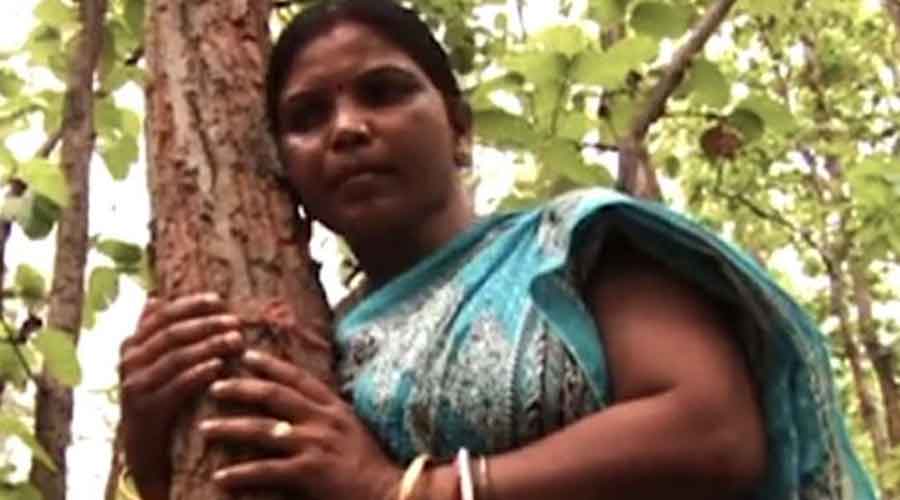 Padma Shri awardee Jamuna Tudu’s expansion plans for Van Suraksha Samity (VSS) across Kolhan has hit a roadblock due to the second wave of Covid-19.

Known as Lady Tarzan for ferociously fighting the timber mafia to protect forests, Jamuna leads a group of women members who are active in Sunsunia, Beladih, Madhupur, Laubera, Dhalukdingha, Baraghat and Muhulbera forests in Chakulia. The group patrol the jungles of the Chakulia forest range to prevent tree felling.

The global pandemic has forced the green crusader to temporarily shelve the plans even though she has extensively toured West Singhbhum and Seraikela-Kharsawan to spread the wings of VSS.

Jamuna and some members of VSS undertook a tour of West Singhbhum and Seraikela-Kharsawan when the Covid-related situation improved and things opened up.

"I have already discussed the expansion plans with some women groups in West Singhbhum and Seraikela-Kharsawan during our tour. I was very sure that the expansion plan was going in the right direction. But the return of Covid has played spoilsport. We shall have to wait till the situation improves," said Jamuna.

Jamuna says it requires a lot of convincing to groups of other districts when it comes to expanding the base of VSS. “The Samity cannot be expanded overnight. I will have to tour the other districts again to convince women groups and explain the importance of protecting forests,” she said.

"It would not be a wise idea to undertake a tour in this situation. We have to take care of ourselves in difficult times," she said.

Cases of tree felling have come down as the VSS has imposed a fine of Rs 5,001 for those venturing into the jungles. There are over 300 members of VSS in the East Singhbhum unit.