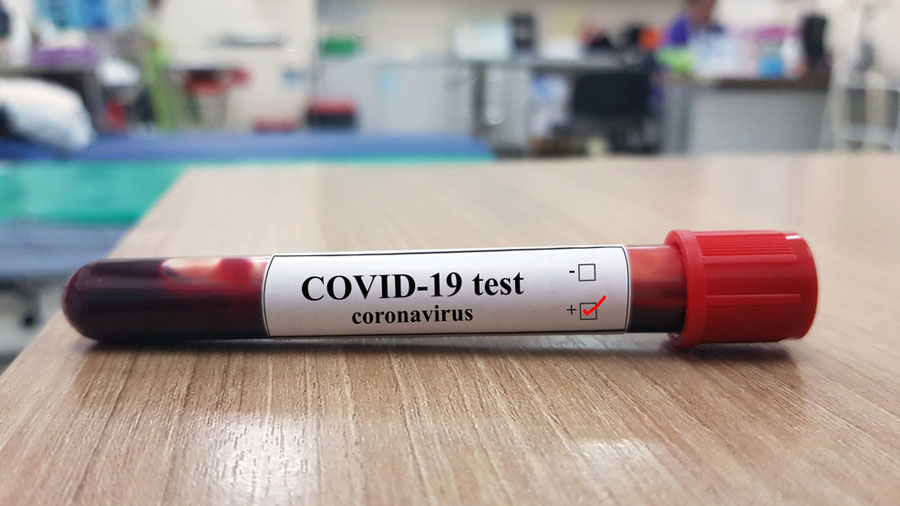 New cases of Covid-19 infection hit a new high in Jharkhand on Wednesday as almost 1,000 people tested positive for the virus — the biggest spike reported in a day so far, government data revealed.

Ranchi, which continues to be the worst-affected district in the state, reported the highest number of fresh Covid-19 cases among the 24 districts in Jharkhand on Wednesday. With 141 fresh cases, the Covid-19 tally in Ranchi reached 2,583, a bulletin released by the National Health Mission (NHM) on Wednesday late evening said.

With as many as 978 cases surfacing on Wednesday, Jharkhand's Covid-19 tally crossed the 15,000 mark, while the number of active cases inched towards 10,000. As per the NHM bulletin, there were 9,086 active cases in Jharkhand by Wednesday evening, while 5,826 patients had recovered from the infection.

East Singhbhum reported 72 fresh cases on Wednesday, taking the number of Covid-19 patients in the district to 2,420. While Ranchi and East Singhbhum are the only two districts where cases of the coronavirus have crossed the 2,000 mark, some districts where fewer cases were reported so far have started witnessing an upward trend in the Covid-19 trajectory, health officials said.

Godda, which had only 183 active cases by Tuesday, reported 339 fresh positive cases on Wednesday. Health officials, however, attributed the unprecedented rise in cases to intensified testing.

The toll in Jharkhand jumped to 136 on Wednesday as seven patients, including three from Ranchi, died during treatment, government data stated. Jharkhand's mortality rate, however, was 0.90 per cent, which is lower than the national average of 2.11 per cent.

Rashtriya Janata Dal (RJD) chief Lalu Prasad was shifted to the director's bungalow at Rajendra Institute of Medical Sciences (RIMS) on Wednesday in order to provide space to Covid-19 patients in the paying ward, where Prasad was admitted.

The government has so far collected swab samples of 3.64 lakh people and tested 3.51 lakh of them. Around 2.4 lakh people have been put under home quarantine in the state, while nearly 6,000 have been sent to institutional quarantine.