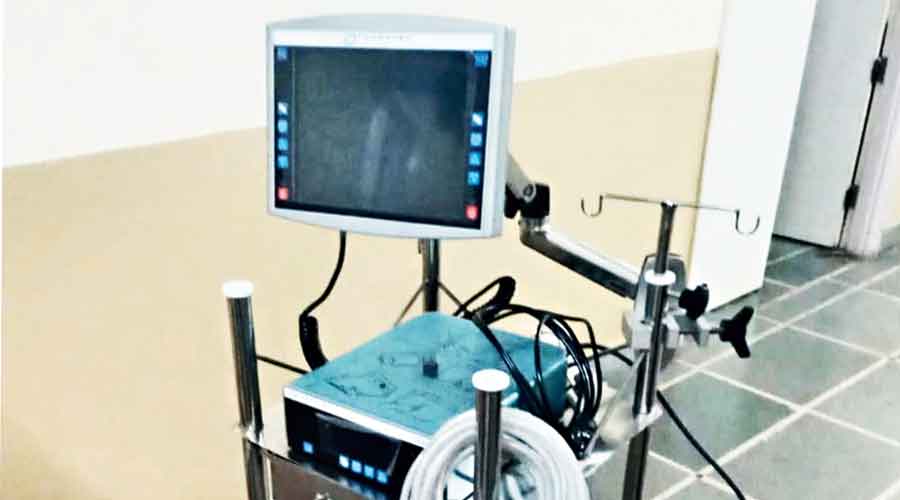 “We are the only hospital to have ECMO machines in Jharkhand, Bihar or Northeast states. It is used for critically ill patients, whose heart and lungs are too weak or diseased to carry out the exchange of gases that is needed to stay alive. It acts as an artificial heart and pair of lungs outside the body which removes carbon dioxide from the patient’s blood and adds oxygen to it,” said Dr Vijay Mishra, head critical care department and medical director Medica Superspeciality Hospital.

Sources said that ECMO machines were used for critically ill Covid patients, whose lungs are damaged and require ventilator support.

“The ECMO machine works by inserting a plastic tube into a large vein and/or artery through the neck, chest or groin of the patient. This tube allows the patient’s blood to flow out into an oxygenator, or artificial lung. The oxygenator adds oxygen and removes carbon dioxide from the blood, before a pump sends this blood back into the patient through a different tube,” added Dr Mishra.

In critically ill patients when oxygen support fails, specialists resort to mechanical ventilation to help maintain oxygenation. However, some patients are no longer able to respond to such intervention as their heart and lungs are too weak or diseased to carry out the exchange of gases that is needed to stay alive and in such extreme cases doctors may resort to ECMO.

“ECMO has also been shown to successfully reduce the chances of a cytokine storm — in which the patient’s immune system turns on itself — which can cause a severe inflammatory response and multiple organ failure,” informed Dr Mishra.

As on Monday morning, state reported 37 deaths taking the total death to 4,838 while new cases dipped to 1,345 taking the total active case load to 19,499. State had a healthy recovery rate at 92.63 per cent (as against national average of 88.30 per cent). The mortality rate of Jharkhand at 1.46 per cent continued to be higher than the national average of 1.10 per cent.